Jared was diagnosed with PTSD after returning from Iraq in 2006. He had anxiety attacks two or three times a day. He rarely left the house except to go to work or school and found it nearly impossible to take his nine-year-old son to do things like go to the park or travel. Work, school, and his relationship with his son were suffering, so, at the recommendation of his therapist, he applied to the NEADS Trauma Assistance Dog program and was matched with Jeter in 2017.

“My son is the light of my life,” says Jared, “but before I had Jeter, I just wasn’t there for him. For 11 years, PTSD controlled a lot of my life. I was miserable all the time. I was mad at everyone. It was hard to just function in society. I tried so many things — medications, therapy — but nothing seemed to work. I got divorced, I lost jobs, I lost a lot of friends.

“Then I was matched with Jeter, and everything magically changed overnight. The two weeks of training at NEADS and the follow-up support for the next year was an amazing experience. I became part of a family that was helping me find my way.

“I knew a dog would make things easier, but Jeter has literally changed my life and my son’s life. I am a completely different person now than I was two years ago. It’s like night and day. I’ve gone from where I couldn’t leave my house to traveling around the world with my son. We’ve been to Norway, England, France, Canada, and all over the US. I had been doing poorly in college, but I’ve now graduated and am in law school. I’m happy all of the time.

“Jeter came into our lives at exactly the right time. I’m getting to where I want to be in life, and he’s helping me get there. No medication no support system, no therapy has done as much as he has.” 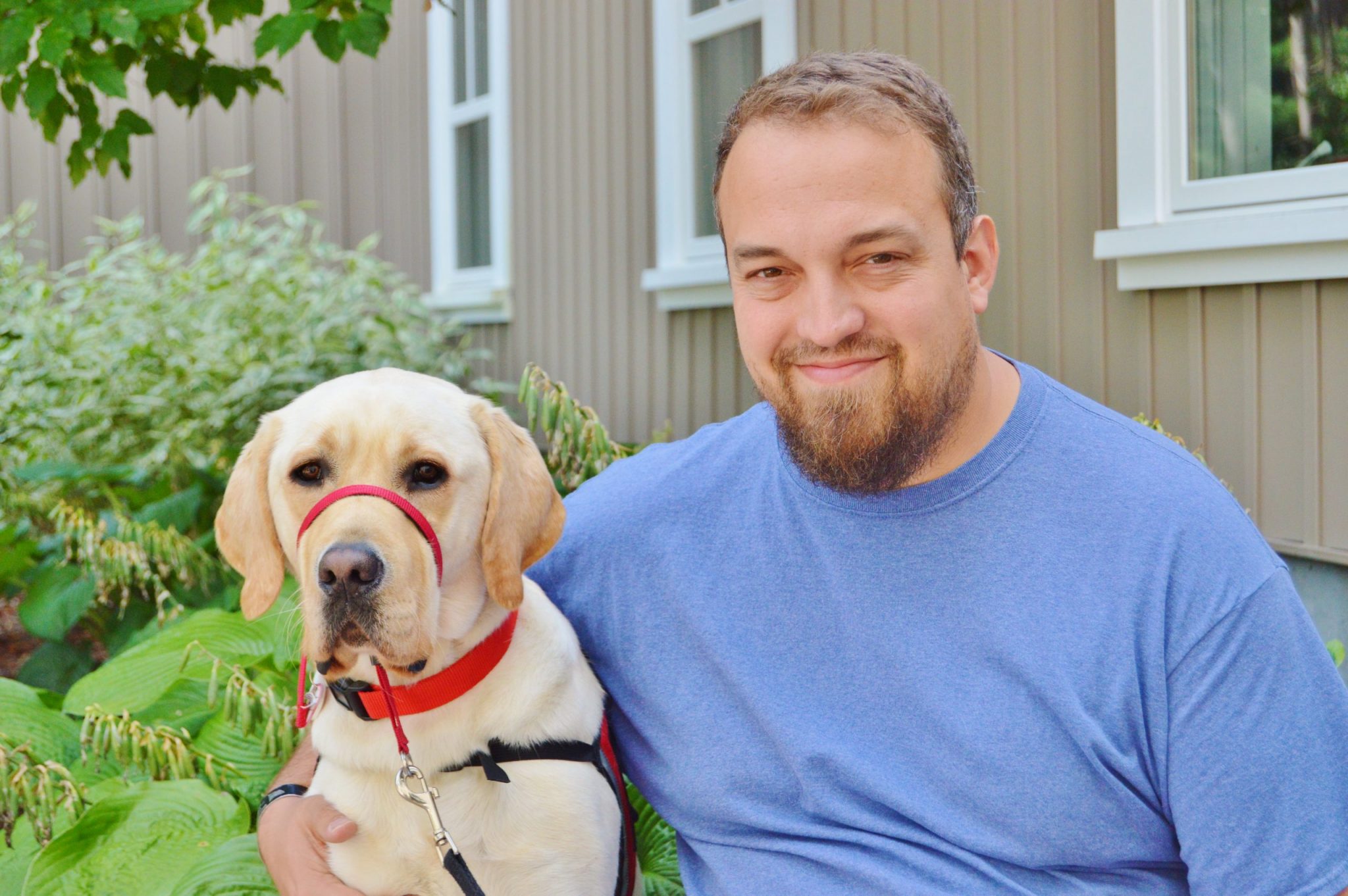