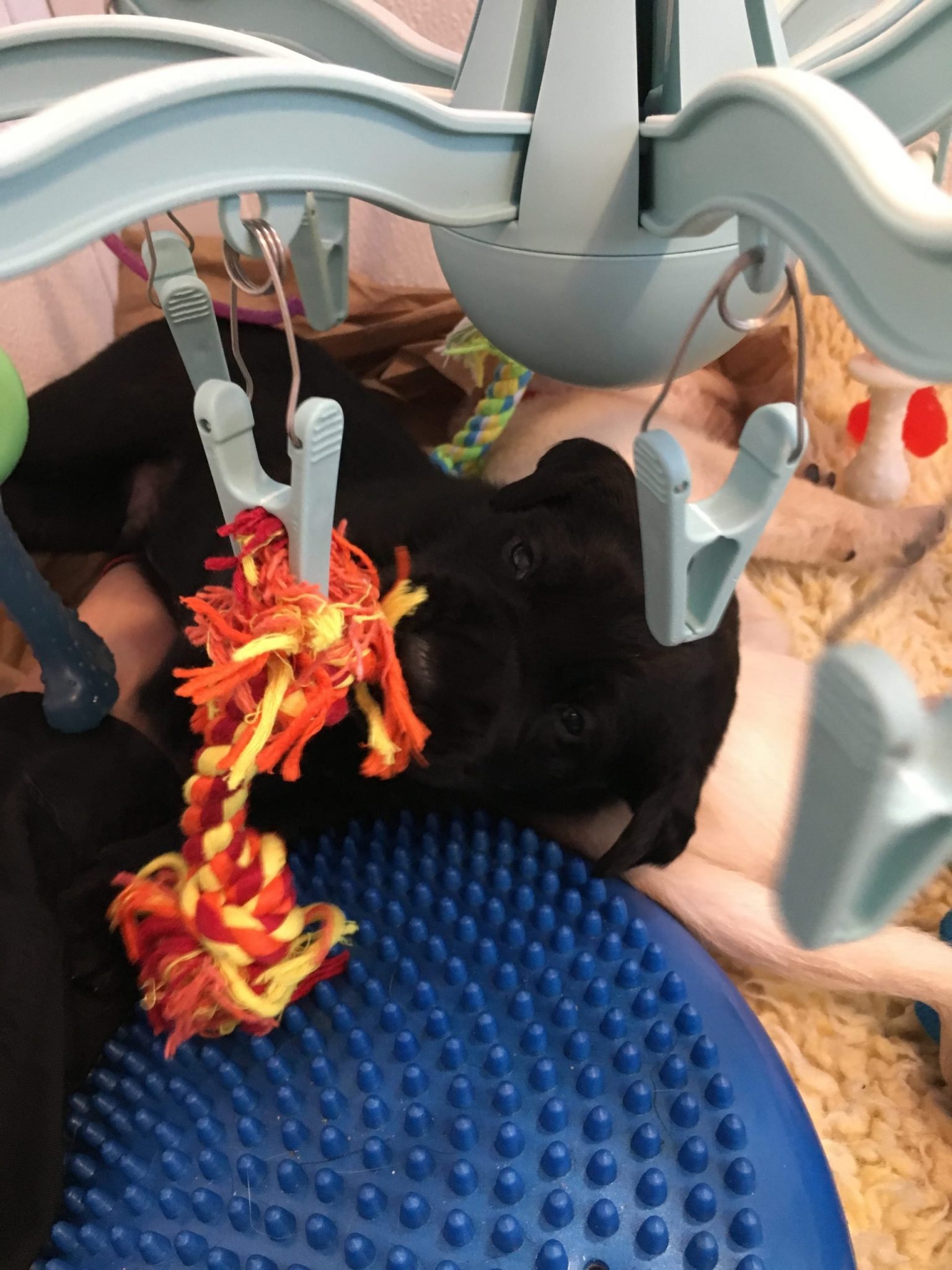 The puppies are now three weeks old. They have been practicing their new found vocalizations - little barks and yips. They have also started interacting with their siblings in a typical sibling manner: "I'm going to stumble over here and chew on your face." They are pretty mobile and enjoy exploring their pen. I put different surfaces and toys in the pen for them to interact with, and I hang toys from up above so that they become used to looking up at things and having things touch their bodies.

We have been working really hard on litter box training. The litter box has newspaper in it. When the pups wake up from a nap, I put them on the newspaper so that they go to the bathroom on it and start to associate the different texture with going to the bathroom. Puppies have a strong desire to keep their sleeping area clean, so after just a few days of training, the pups have already started to seek out the litter box!

The pups have been introduced to solid food - puppy gruel. Puppy gruel is soaked kibble that has been blended up in the blender. The pups were absolute naturals at eating and gobbled up their entire first meal. Frannie, the mom, is quite excited about this next step as she's becoming a little less thrilled with nursing now that the pups have little teeth.

We work on body handling every day. The puppies get massages a few times throughout the day. During the massages, I touch every part of the puppies' bodies so that they become accustomed to being handled. A really important part is to touch each toe and hold it as if I was about to trim the nail. This goes a long way toward helping make each pup comfortable with nail trims as they grow. The pups already had their first vet procedure - they had their microchips inserted - so body handling practice comes into play very early.

This is part of our COVID-19 coverage. See related updates here.