Jason was diagnosed with PTSD in 2006, three years after returning from a difficult tour of duty with the Marine Corps in Iraq. He was in a very dark place, unable to leave his home, unable to trust or relate to other people, unable to be the husband or father he wanted to be. He was also drinking too much. He started getting help, but recovery was slow. His counselor suggested a Service Dog, and she helped him apply for the NEADS pilot Trauma Assistance Dog (TAD) program.

“The first couple of days of training at NEADS were hard, since I had to leave my home, or my ‘safe spot,’ but it was something I knew I had to do. Then I met Finn, and in no time at all, it felt like a big weight was lifted. We completed our training, and, once home, Finn made it possible for me to go out, maintain my sobriety (now 8 years sober!), and start rebuilding relationships with my family. I won’t say it was easy, but Finn was the most effective part of my recovery.

“After a number of years as my constant companion, Finn started slowing down, and I knew it was time to apply for another NEADS Service Dog. In 2016, I was matched with Ernie. I thought I was going to get another Finn, a dog who was military-like, always at attention, very serious. But Ernie is different. So different, in fact, that at first, I thought I had been given the wrong dog.

“It turns out I hadn’t realized how far along I had come or how much I had changed, but once again, NEADS got it right. As Kathy Foreman told me, ‘Jason, you’re not the same person you were.’ Ernie is a ham. He gets me out and helps me open up to people. I love to show people what he can do, from picking up my dropped keys, to opening doors, to turning on lights. Everywhere I go, he is with me.

“I’m happy where I am. I’m a much better father, I have a supportive wife, and my kids are proud of me. Thank you to NEADS for all your hard work and dedication. Finn and Ernie have both played a big role in changing my life for the better. The road is long, but I don’t travel alone anymore.” 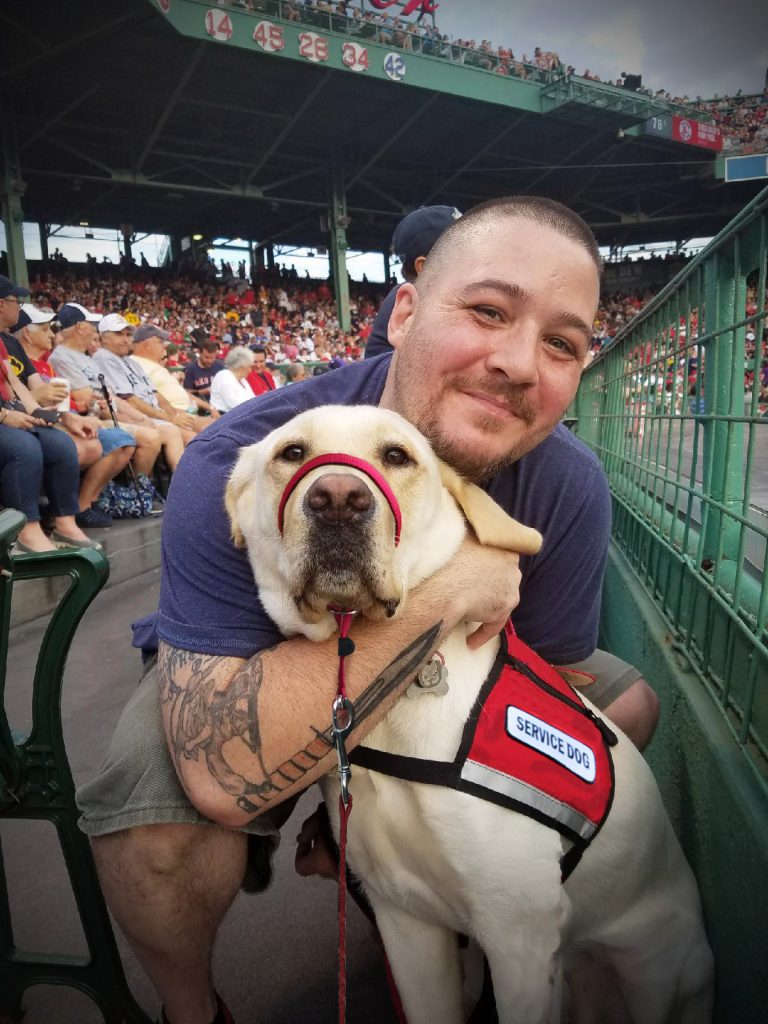