I have been a puppy raiser since August 2016. I have raised 3 Hearing Dogs, Nettie, Juniper & Berry who have all been placed with their clients. My current Hearing Dog in Training is Patty.

A man came into my office at work and he was wearing a NEADS Hat and Shirt. I asked him what NEADS was ,and he gave me the scoop on Weekend Puppy Raising. I knew right then and there that it would be perfect for me as I had lost my last dog the year before. I wanted a dog, but not a Full Time Dog, so I filled out the application on the NEADS website and was called about the training in June and started with Nettie in August! 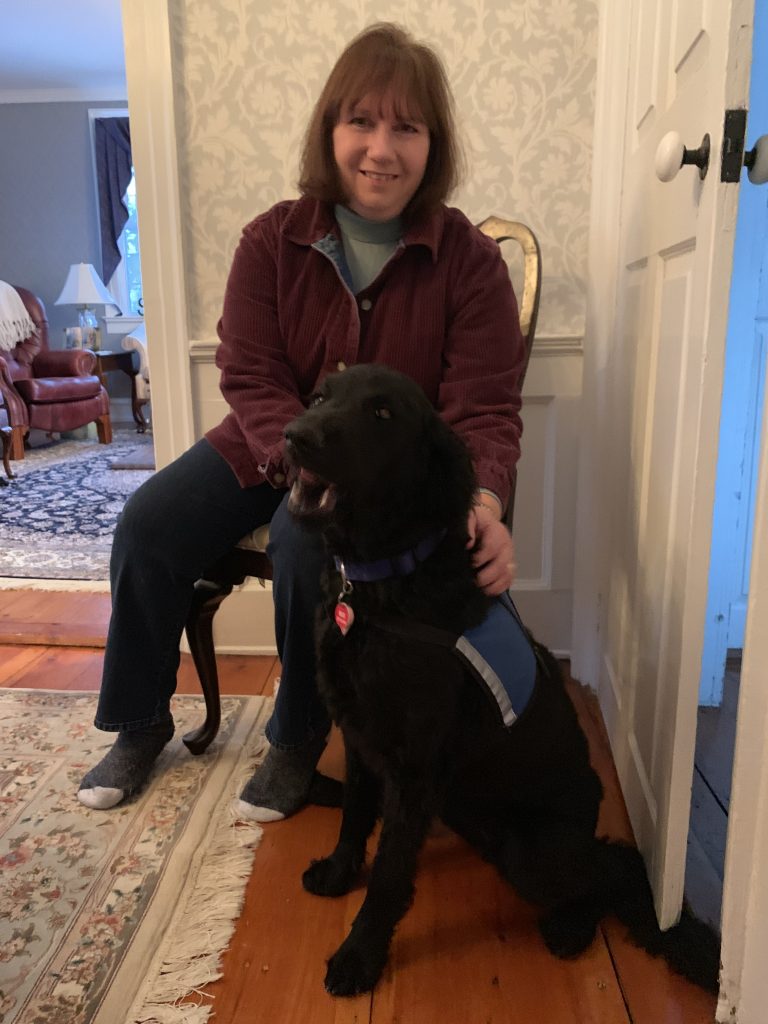