How long have you been a Puppy Raiser and how many dogs have you raised? (Include furloughed dogs and the one you are currently raising).

What led you to Puppy Raising?

I did an internship at NEADS at the end of my senior year of high school (April & May 2018). I reconnected with a friend (Dana) at a NEADS graduation who was raising Sully, a 9 month old pup. I knew Sully as a 10-week old pup during my internship. We began doing field trips together and when Dana got Reilly, NEADS allowed me to co-raise until I was able to get my own pup in training.

If you had your own talk show, who would your first 3 guests be?
Cody Ko, Kendall Rae, & Trisha Paytas

If you had one extra hour of free time a day what would you do with it?
Sleep

If you could visit one place in the world where would it be and why?
Italy, because I love their food and culture, and I think it’s a beautiful place.

Are you a listener or a talker?
Depends on the day

My favorite part about being a NEADS puppy raiser is attending graduation and seeing the pup with their person. There is no feeling like knowing you had a part in changing someone’s life in such a positive way. The joy is unmatched and the pain of having to let them go when their time with you is over is all worth it.

If I have to choose one memory, it would be with Dana Chalberg’s first pup, Sully. I worked with Sully as a puppy in the ELC during my internship. It was so amazing to see him grow up and get to work with him again. During a class at Castle Island, we were working on water manners. Sully got the zoomies more than once so while walking along the water, so he did not get a chance to swim. The following weekend was Sully’s “stepping stone” weekend AKA his last weekend with me and Dana. This weekend there was another water manner class at a beach in Warwick, RI. Sully did not get the zoomies, so I got to go into the ocean with Sully. He was finally able to swim! It was so joyous to see Sully finally be able to swim and have so much fun. It made his last day with us so memorable and happy. 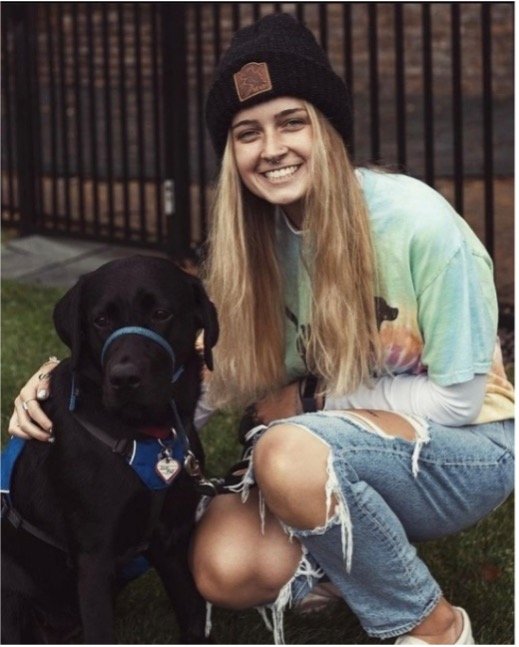