Vegas and the Nudge Board Part 2 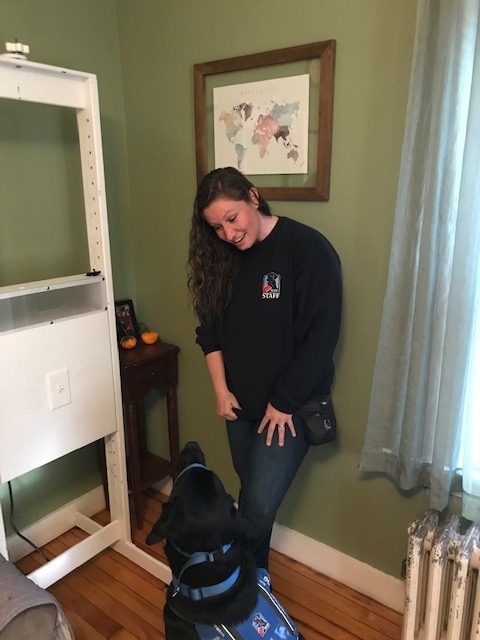 The nudge board is essential in teaching the dog how to use his nose to flip up a switch, and thanks to a very talented NEADS volunteer, Chris, I was able to use a custom board to teach Vegas in my home.

The process is the same for all NEADS Dogs in Training. We progress through a series of steps:

First, the dog learns to press his nose directly under the light switch while the switch is all the way up and at nose level.

Once the dog understands this, I set the switch half way up. Because the dog has learned to press his nose just underneath the switch, his nose naturally flips the switch up.

Next, I move the switch higher up the nudge board, starting by teaching the dog to "nudge" at an increased height with the help of a chair. The chair is used to get the dog used to nudging the switch while on an elevated surface while anchoring himself on a simple object with his two front paws.

The next step is to get him to understand that his paws need to be elevated higher and flatly placed, and then nudge the switch. The transition is usually pretty smooth after he learns it from the chair. As the dog learns to elevate himself and nudge at the same time, use of the chair is faded away so that the dog can do nudge at a standard 4-foot height on the nudge board. The video below shows both of these stages.

We use the command "Up" to get his paws on the board, and then "nudge" from there. 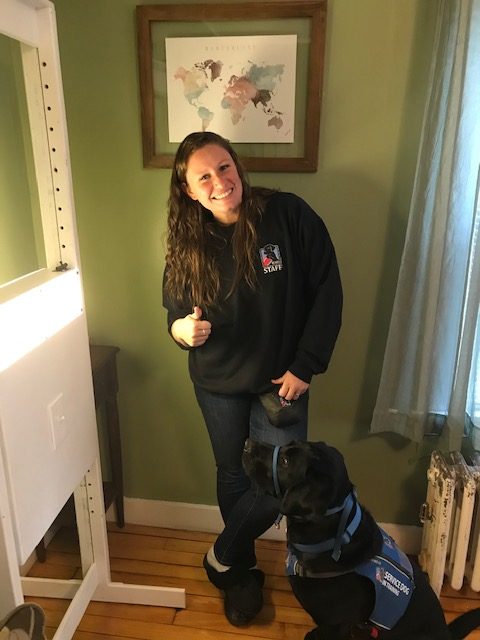 Vegas learned the basics of this command in about four days, although we did need to work on anchoring his paws a bit better.

After the dog learns to nudge the switch on the nudge board, then he learns to turn on regular light switches. I have a few in my house that I've practiced with Vegas.

After he's good with that, we move onto targets. NEADS uses small circular or square button shaped targets to emulate an elevator button. The purpose of this is to give the dog a visual of where to press his nose and then push. I cut up four different square shaped targets and taped them throughout my home - on the side of a bookshelf, on my dresser drawer, on a low cabinet drawer in my kitchen, and on my fridge. Through this training, he will be able to hit an elevator button and also close a cabinet, bedroom door, or refrigerator door. 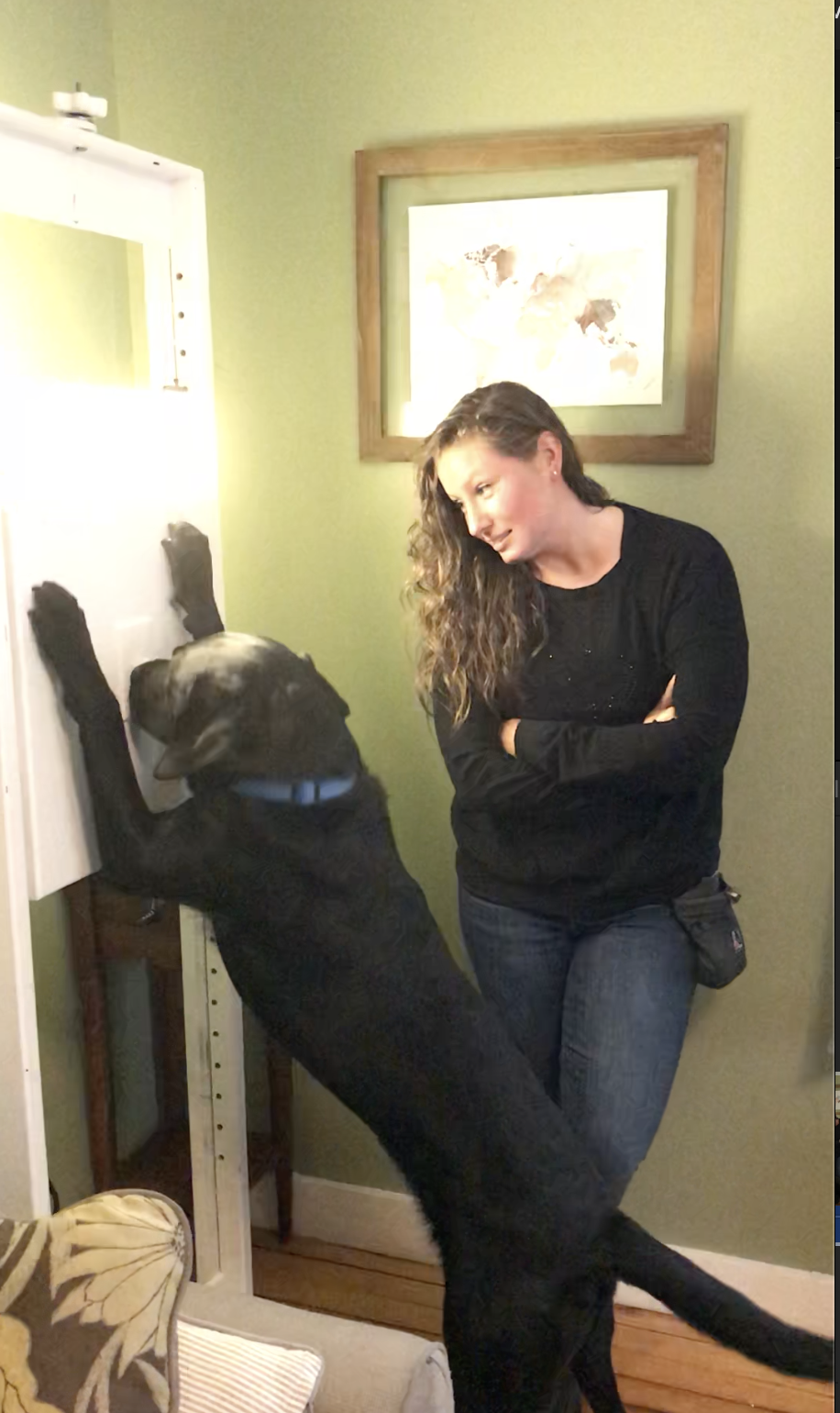