NEADS held a ribbon-cutting ceremony this month to dedicate its new, 1,600-square-foot building that is now known as the Capt. Christopher Sullivan Carriage House. A Princeton resident, Sullivan was killed in Baghdad in 2005 while serving in the Army. The two-car, two-story Carriage House was built in partnership with Monty Tech and students from its carpentry, masonry, and electrical programs.

The Carriage House will help to protect NEADS trainer vehicles from the harsh New England weather as well as house the bulk of its dog food. Roughly four times a year, NEADS receives shipments of 9,000 pounds of dog food, which will now be stored on the second floor of the Carriage House. This has been specially engineered to easily handle all that weight, and an elevator has been installed to move the bags of food up and down as needed.

In addition to the time and talent provided by Monty Tech students and teachers, this project was made possible thanks to significant financial support from generous donors, including Saint-Gobain, Worcester Executive Fund, which donated Certain Teed vinyl siding and shingles. Saint-Gobain employees also rolled up their sleeves and came out for a day of volunteering alongside the Monty Tech students to help install the Certain Teed siding that was donated by Saint-Gobain. “Saint-Gobain has supported various NEADS projects in the past,” says NEADS CEO Gerry DeRoche, “and we were pleased they came on board to support the construction of our Carriage House.”

“Saint-Gobain’s philanthropic giving extends beyond just monetary donation, we look to find opportunities to involve our employees, build strong lasting relationships with non-profit organizations and ultimately make a difference in the communities where we work and live. Our employees continually step up for those in need, giving back to the community is part of Saint-Gobain’s culture and we were proud to provide product to such a great partner and also have the opportunity to work alongside the Monty Tech students” says Brenda Heller, Saint-Gobain Manager, Communications and Community Relations. 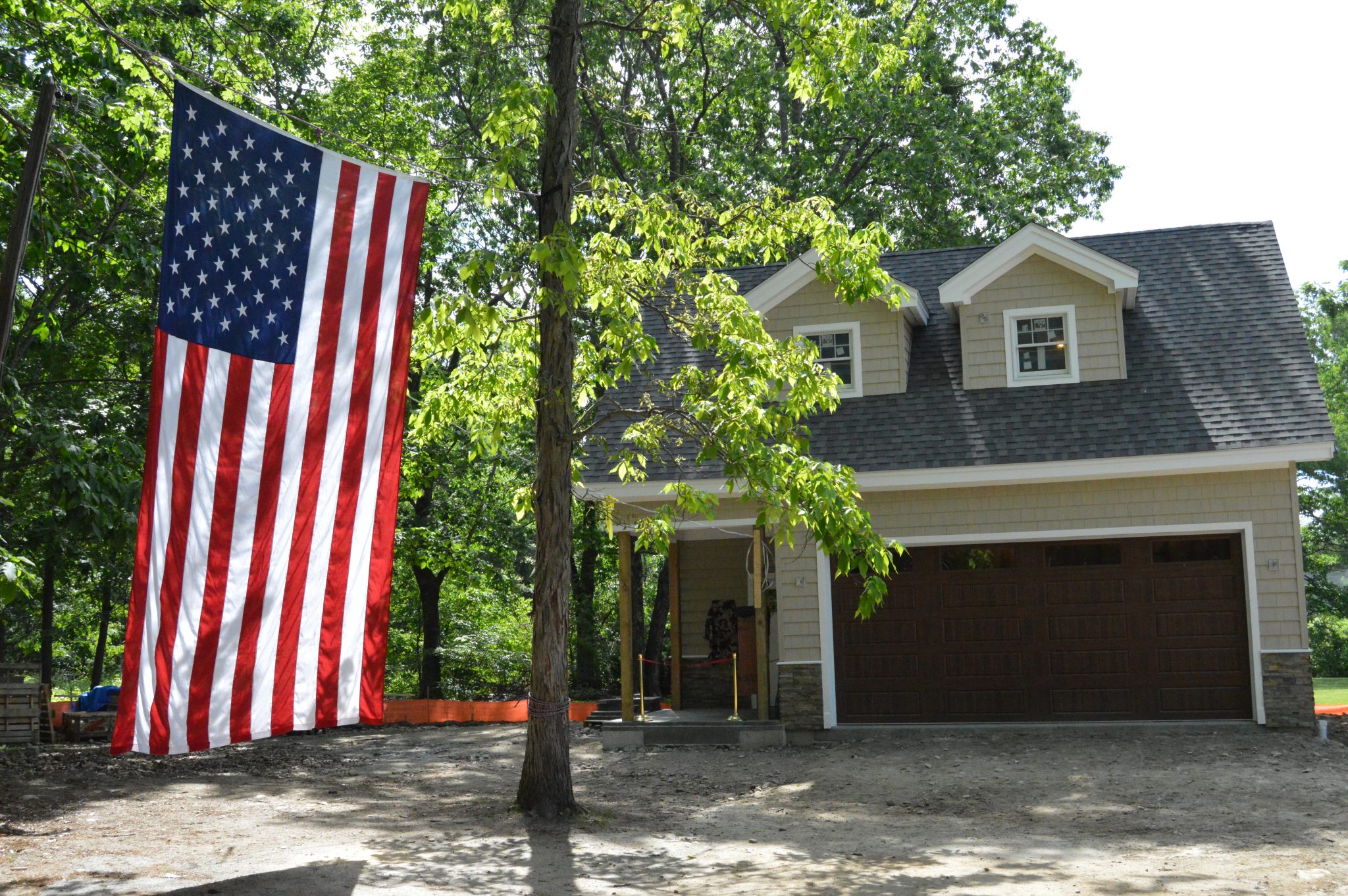