It’s been a year now since Patrick met Service Dog Knight. Patrick still works as a specialist at an Apple Store. He still lives in his North Shore condo. His life might look the same. But now there is a sleek black Lab with beautiful eyes always by his side—and everything is different now.

Patrick remembers the moment he realized his life had changed. The team had been together for a few weeks. They were coming home from grocery shopping when it happened: fumbling to get in the door, Pat dropped his keys.

“This is my absolute nightmare,” Pat explains. Issues with balance make it hard for him to lean out of his wheelchair, and if he does, he’s at a high risk of falling. “So here I am, at the front door of my condo with three bags of groceries in my lap, and I drop the stupid keys. I’m going to have to put the groceries down, lean over and get the keys, and then pick the groceries back up.” It would be difficult and dangerous and take him ages. And then it hit him. He had Knight.

“I just gave him the command. And he picked up the keys. He gave them to me. That was it.” Pat opened the door and they were home. He was so overwhelmed with relief that he cried.

“It’s amazing, all the things Knight can do,” Pat says. Knight is always ready to perform the physical tasks that are difficult for Patrick. But he’s also made a major impact in a way Patrick didn’t expect. His loving companionship gives Patrick an emotional focus that has helped with depression. “With Knight, I don’t have time to be depressed,” Pat says simply. “He helps a lot. I think about his needs—feeding, exercise—and I get up and take care of him. Before, I didn’t always have that motivation.”

Like many of our clients, Patrick wasn’t entirely sure what working with a Service Dog would mean at first. NEADS Nation did its best to get Patrick’s attention, but it took a few tries before Patrick took the first step—a physical therapist recommended us, and then he met a friend’s NEADS Service Dog, Rosie, who seemed like she could do anything. His mother, Helen, told him that the philanthropic committee she sat on at work had a relationship with an impressive Service Dog organization—NEADS again. Now he finds it hard to imagine his life without Knight.

Happy first anniversary, Patrick and Knight. NEADS will be here to support you in your partnership, and NEADS Nation will cheer you on. 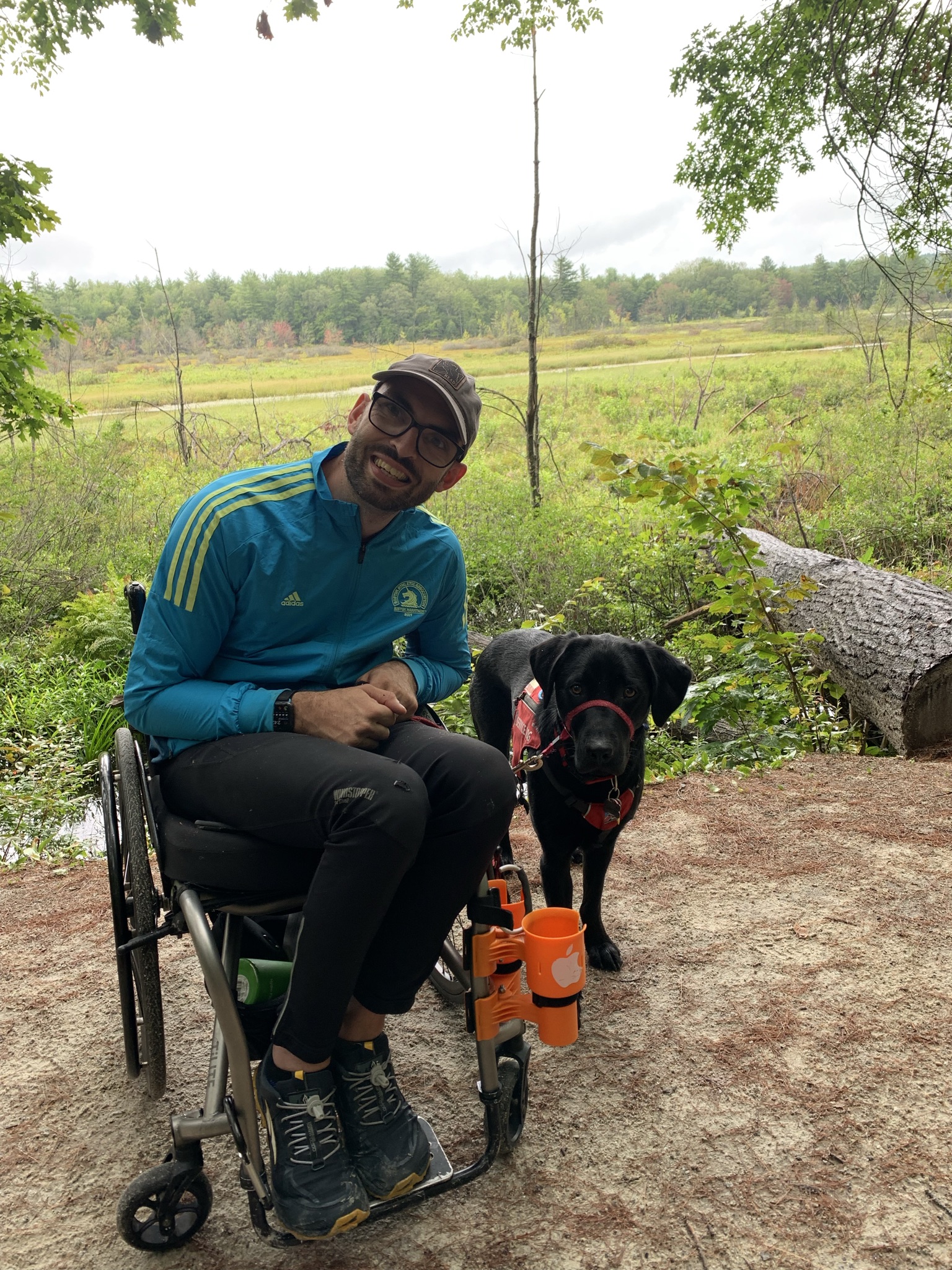