At Boston College, there is a small area called the Campus School for students aged 3 to 21 with multiple disabilities (including physical and developmental). I recently organized a visit here for a group of Puppy Raisers that offered a great exposure for the dogs, as well as a great time for the children.

During the week, NEADS pups are trained by inmate handlers under the guidance of NEADS staff trainers in one of seven prisons. Each weekend, volunteer Puppy Raisers socialize our puppies by exposing them to new situations and surroundings. As a Puppy Program Assistant, I was always looking for different places to hold training classes for our Puppy Raisers, as it’s important the dogs experience a variety of sights, sounds, people, and places.

On this particular Saturday morning in July, 11 Puppy Raisers arrived at the Campus School with their NEADS puppies, introductions were made, and the interactions began. The dogs benefitted because they got a wide range of exposure. Children were in different types of chairs and devices, some were screaming, some were moving around. Outside, there was a swing made for wheelchairs, which a lot of the pups had never seen.

There was something almost magical about the day, something that went far beyond a typical training class. You could feel the emotions running through that place, and there were quite a few tears. The Raisers were humbled and grateful to be a part of such a wonderful experience, and the families of the students were grateful that we took our time to be there. I am honored that I worked for an organization that allowed something like this to take place.

Throughout the day, there were little things and moments that contributed to the greatness.

One young girl was having a hard time and would not stop moaning and yelling. Her mom sat on the ground and had the girl lie down and rest her head on her lap. Even lying down, the young girl was still moaning. Puppy Raiser Maria Uribe walked over and asked if the dog could lie down with her. The mom shrugged and said “sure.” Maria commanded the dog, Elliot, into a down, and he lay down right next to the young girl and placed his head on her stomach. Within 3 minutes she had stopped moaning, and within 5, they both fell asleep. I will never forget the look on that mother’s face and how quickly tears welled in her eyes. Elliot, who was already matched to be a Trauma Assistance Dog, knew his job was to comfort her, and he did.

Towards the end of the class, Kristen Morin, the woman in charge of the Campus School at the time who helped me make the visit possible, had some very kind words to share. She started with a story about 9/11 and how a few of the people rescued remembered that the man who rescued them carried a red handkerchief. Since then she viewed a red handkerchief as a symbol of heroism. She then presented our Puppy Raisers and dogs with a red handkerchief and thanked them all for the work that they put in. The dogs obviously didn’t understand the significance, but the Puppy Raisers were filled with pride.

No workplace is perfect, but my ability to be a part of something that impacts lives in this way will always be something I carry with me. Any time that work gets stressful, I will always think about this day and fill with pride. The memory of this day has kept me pushing on many occasions, and it will continue to do so. 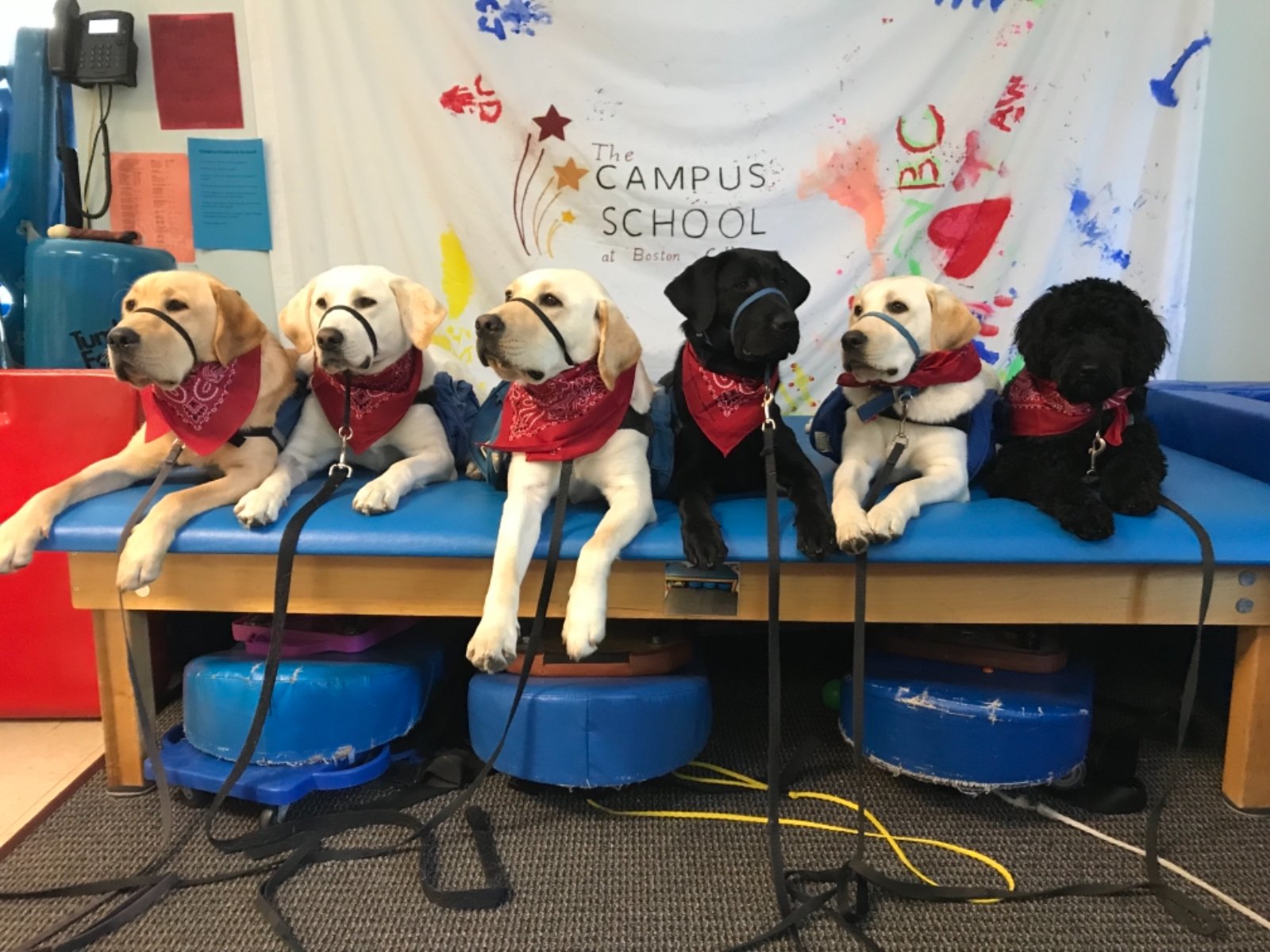