“For me, having him is mostly about knowing that there is always something right there that cares about me. No matter how much I hate myself or how stressed I am because of my triggers, he is always there with his loving eyes. There is just so much that he does.

“I spent the start of my adult life in a place where everyone who looked at me was trying to kill me [Fallujah, Iraq]. I brought that home with me, and it made it difficult to be out because I felt like I always had to fight and watch people’s hands. It was exhausting. However, now with Jeter, anyone who looks at me is only doing it by accident because they were looking at him and admiring this gorgeous and adorable dog. It’s honestly gotten to the point where if someone doesn’t look at us, then I question them.

“The ‘visit’ command is probably the one that I ‘use’ the most. I put ‘use’ in quotes because I don’t really use it, he just does it. Because of how bonded we are, he can sense that I am about to go to ‘that place’ and just comes over to me, throws his head in my lap, and makes me focus totally on him. He’s doing his job. This is a huge part of the reason why I have had only one anxiety attack in the four years I’ve had him. He cuts it off at the pass.

“I use the ‘left’ command a lot because my right hand is my strong side and I prefer to have that one free, so he’s basically always on my left. This command helps because he looooooves doing it. He’s good at it, and he knows he is. He will pop to my side and get nicely tucked up next to me and wait for his kibble for being such a good boy. It honestly helps me because even when everything feels like it’s spinning out of control, I know that I can get him tucked up next to me.

“The ‘turn’ command is one that basically got me through school [Jared finished college after Jeter was placed with him, and recently graduated law school]. It was always a problem for me to concentrate when I couldn’t be tucked against a wall where everything and everyone is in front of me. However, I trust him like I would trust my brothers in the Marines to cover my six, and I know that he will let me know if there is something back there that I should be aware of. So, I make him turn and while I focus on what’s in front of me, he watches my back.

“Another big thing is that when we get these dogs, we have something that needs to be taken care of. Yes, I was caring for my son when I got Jeter, but this is different. Jeter definitely needs exercise, and I need to leave my house to do it. Jeter needs me to go throw a ball for him outside, take him on a walk, and of course to toilet. It doesn’t seem like much, but honestly having that reason to go outside and just fill my lungs with fresh air is often the nudge that I need to get into gear.

“However, one of the biggest things that he does for me isn’t a task but is instead a by-product of the unbelievable bond that NEADS fosters. People will tell you that waking up a person with night terrors is the worst thing you can do, but that’s not totally true, because he does it and it helps. Jeter will whine like he needs something and nuzzle my arm (which he never does when I’m awake, so it’s nightmare specific), and he might lick my face. He wakes me up slowly, which genuinely helps me gather my thoughts and come back to earth.” 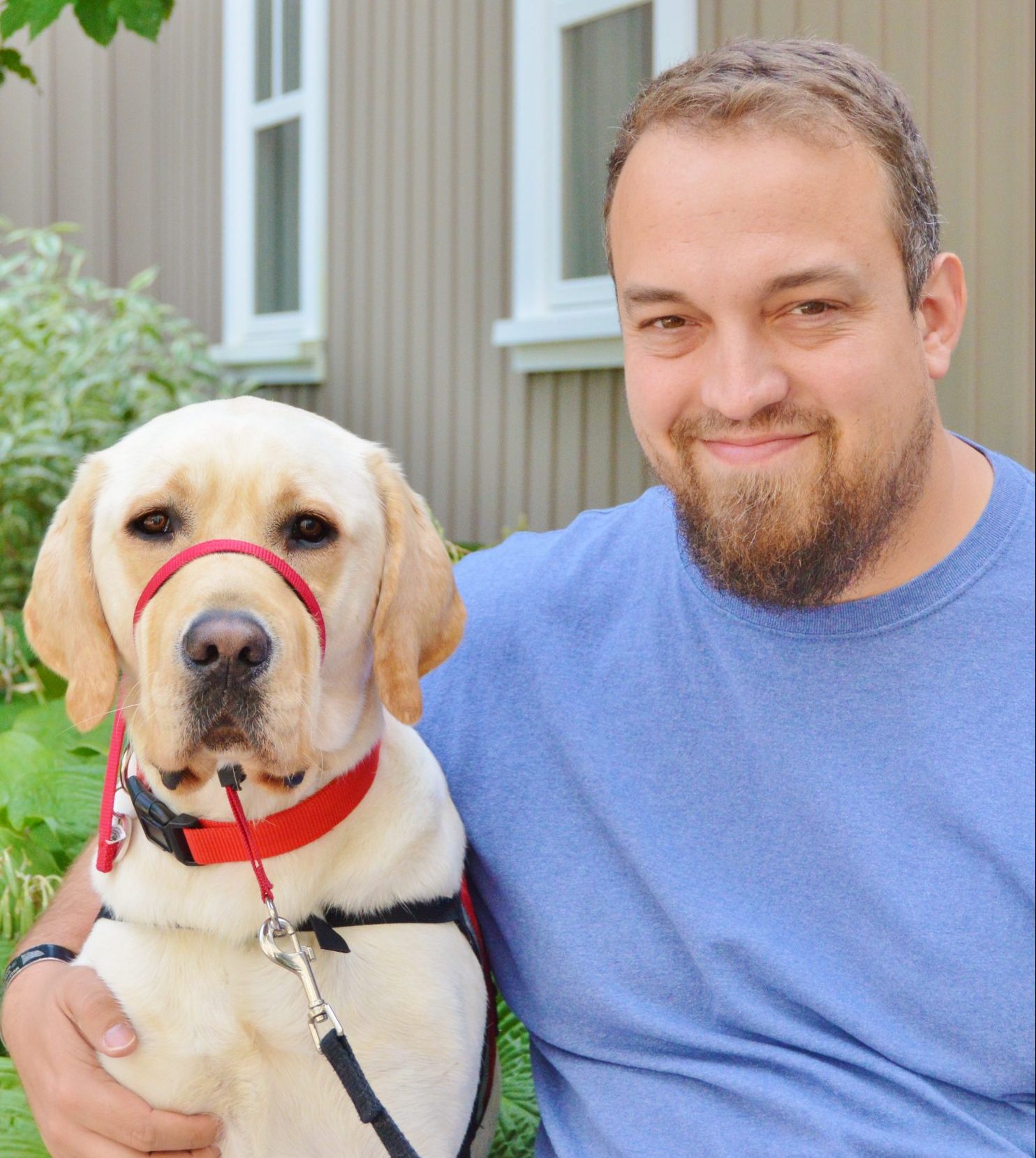