NEADS Appoints New Board of Directors Chair and Members

NEADS is pleased to announce the newest roles to its Board of Directors: former Marine Corps First Sergeant Paul Jornet has been named Board Chair, while Susan Feit of State Street Corporation, Dr. A. Kim Saal, formerly of CareGroup Health Care and Mt. Auburn Hospital, and Geoffrey H. Worrell of Mortgage Network, Inc., have been appointed to the Board. Jornet, in his new role as Chairman, and the newly elected Board members will assist in establishing and upholding the organization’s activities, finances, and general objectives.

“Our Board of Directors members represent leadership in a range of industries, from health care to military service. These individuals bring new skills and perspectives to the table, making the Board stronger than ever in guiding NEADS to continued success during challenging times,” said NEADS CEO Gerry DeRoche. “We are eager for our Board members to be involved in our growth, particularly plans for our new, innovative Breeding Center.”

Paul Jornet, who joined the Board in 2015, will now serve as Chairman. He is the Senior Marine Corps Instructor of the Montachusett Regional Vocational Technical School’s Marine Corps Junior Reserve Officers Training Corps in Fitchburg. Jornet has served in this position since his retirement from active Marine Corps service as First Sergeant in 2004. Jornet is a lifelong member of the Veterans of Foreign Wars and a former Commandant of the North Central Detachment of the Marine Corps League. Jornet became involved with NEADS after seeing the impact the organization and its Service Dogs were making in the veteran community. Paul is a proud graduate of Excelsior College and currently resides in Ashburnham.

Susan Feit is a Managing Director at State Street Corporation, with over 25 years of experience in managing strategic change programs for the company. Her expertise lies in establishing and leading client programs, including onboarding, new business pilot programs and targeted remediation projects. Feit is a longtime supporter of NEADS and its mission. As a volunteer Weekend Puppy Raiser, she opens her home to a puppy in training for a full year to work on socialization, manners and training to help set the foundation for a successful Service Dog. Feit is a graduate of Simmons University and Clark University and currently resides in Chatham where she is caring for her third Service Dog in Training, Knight.

Dr. A. Kim Saal has been a leader in healthcare for over 30 years. He served as Chief Medical Officer for CareGroup, an integrated delivery system in Boston that included Beth Israel Deaconess Medical Center and five other hospitals.  He was the founding President and Chairman of the Board of the Provider Service Network, dedicated to improving the quality and value of health care for over 400,000 patients. Saal clinically practiced cardiology for 30 years at Mount Auburn Hospital in Cambridge, where he was also Chief of the Division of Cardiology, President of the Medical Staff and a member of the Board of Trustees.  He was most recently Chief Clinical and Strategy Officer for Cooley Dickinson Health Care in Northampton and President and CEO of the medical group. A graduate of Hampshire College, Saal recently served as vice-chair of the college’s Board of Trustees along with numerous boards across health care, education and community service organizations. Saal first learned of NEADS nearly 30 years ago when he saw firsthand the impact a Service Dog had on changing the life of a friend’s child. Saal currently resides in Charlestown.

Geoffrey Worrell is a Loan Officer with Mortgage Network, Inc with over 20 years of experience in the mortgage industry. Worrell aims to carry on the legacy of his partner and late wife Cindy, who lost her battle with cancer in 2016. To honor her passion for giving back and her genuine love for dogs, Worrell and his three children decided to sponsor a NEADS Service Dog in Cindy’s memory. Three-year-old Bentley is proudly serving Mansfield Public Schools as an Assistance Dog. After seeing the incredible impact Bentley has made, Worrell and his family decided to sponsor another dog, Ruby, who is currently in training at NEADS. Worrell currently resides in Wareham with his happy Golden Retriever, Kona. 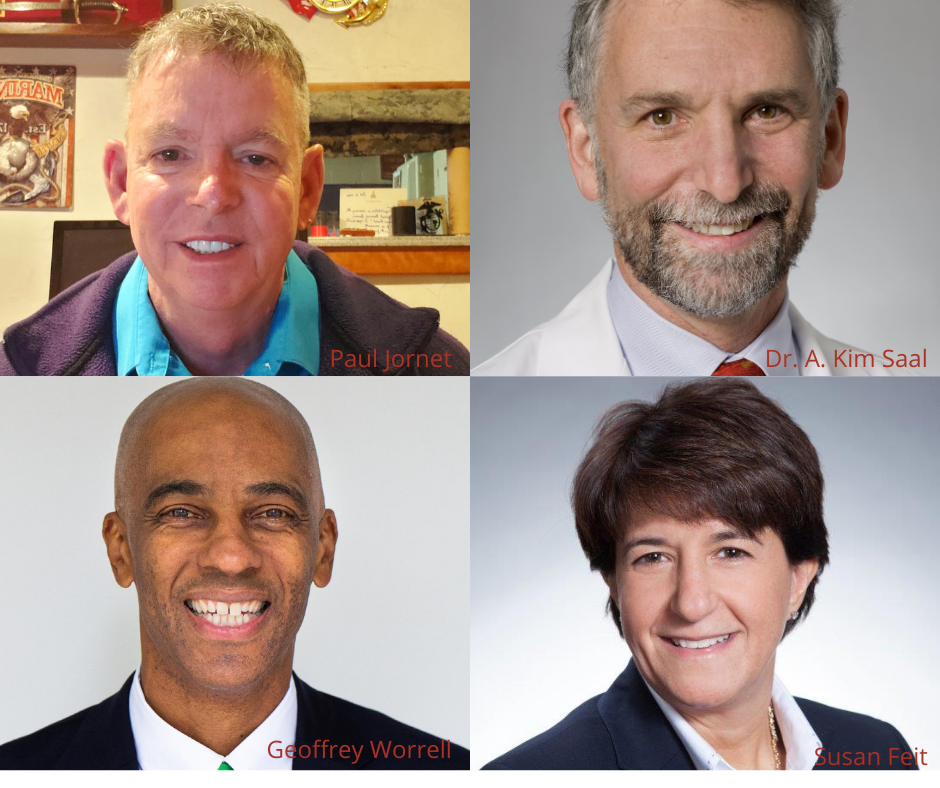