NEADS’ strong financial health and commitment to accountability and transparency have earned it a 4-star rating from Charity Navigator, America’s largest independent charity evaluator. This is the 19th consecutive year that NEADS has earned this distinction, making the organization one of the longest-standing nonprofits to hold the rating and placing it at the top of Charity Navigator’s 10 Charities with the Most Consecutive 4-Star Ratings list.

Charity Navigator evaluates more than 1.5 million nonprofits each year. Since 2002, using objective analysis, Charity Navigator has awarded only the most fiscally responsible organizations a 4-star rating. In 2011, Charity Navigator added metrics focused on governance and ethical practices as well as measures of openness, to its ratings methodology. These Accountability & Transparency metrics, which account for 50 percent of a charity’s overall rating, reveal which charities operate in accordance with industry best practices and whether they are open with their donors and stakeholders.

“NEADS’ exceptional 4-star rating record sets it apart from its peers and demonstrates its trustworthiness to the public,” according to Michael Thatcher, President & CEO of Charity Navigator. “Only a quarter of charities rated by Charity Navigator receive the distinction of our 4-star rating, and only two others have received 19 consecutive 4-star ratings. People can trust that their donations are going to a financially responsible and ethical charity when they decide to support NEADS.”

“We are extremely proud to have received 19 consecutive 4-star Charity Navigator ratings – one of only three organizations with this recognition of ongoing fiscal excellence,” said NEADS CEO Gerry DeRoche. “This demonstration of our financial accountability and years-long commitment to good governance means our supporters and prospective donors can trust that we’re using their donations wisely to breed, raise, train, and match World Class Service Dogs with people who need them.” 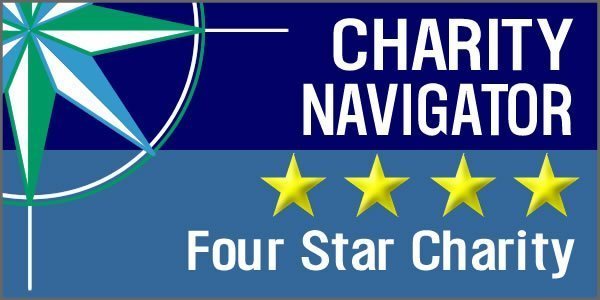