On the Road Again

Puppy movement is a crucial part of collaborating with other Service and Guide Dog organizations in the industry and an integral part of the ADI North America Breeding Cooperative (ABC). Some puppies from each litter bred by ABC are distributed to other organizations through an allocation system. Schools often have to move breeding stock as well when natural breeding is planned.

Even during a pandemic, nature marches on, and so puppy transportation continues. But as with everything else NEADS has undertaken since the pandemic started, these movements require much careful planning to ensure the health and safety of all involved.

In the last few weeks, we coordinated two multi-faceted transports that took us to three states and involved five Service Dog organizations: Warrior Canine Connections (WCC) based in Boyd, MD; Susquehanna Service Dogs (SSD) just outside Harrisburg, PA; Educated Canines Assisting with Disabilities (ECAD) in Torrington, CT; Can Do Canines, in New Hope, MN; and Dogs with Wings, based in Edmonton, Canada.

The first transport took place in mid-June. My co-worker Bailey drove three of our puppies to Middleton, NY – a half-way point between Princeton and Mechanicsburg, PA – where she delivered the pups to Carolyn, a volunteer from Susquehanna Service Dogs. One of these puppies would enter the Susquehanna program, and two would stay with SSD volunteers until they could be picked up by their new schools, Can do Canines and Dogs with Wings.

The advance planning was well worth it in the end, as staff and volunteers were able to get the puppies and stud where they needed to be, safely and on schedule. 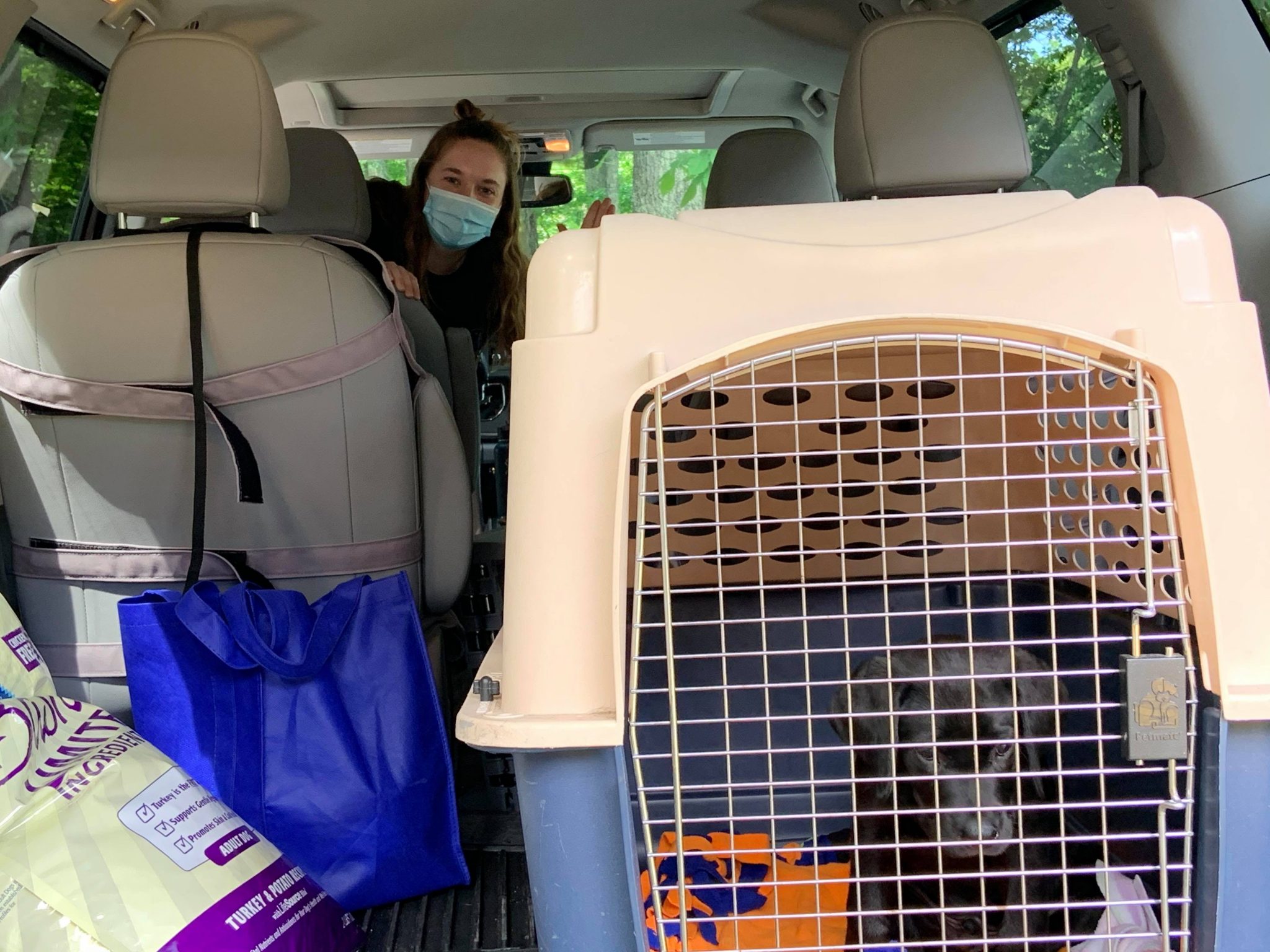 Bailey has 3 puppies are loaded in the van and is all set to start the first transport. 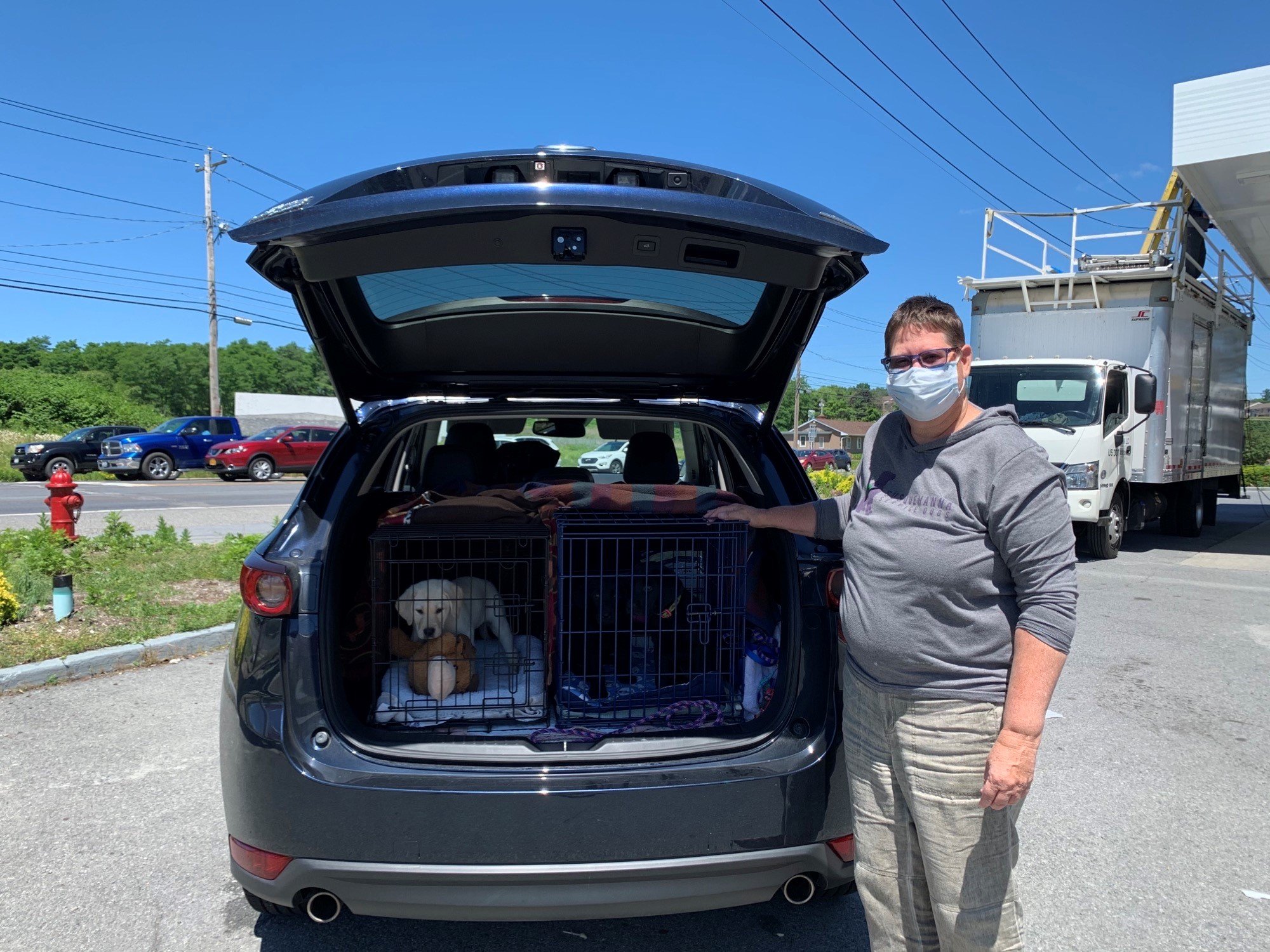 Bailey meets a volunteer from Susquehanna Service Dogs at the half-way point. 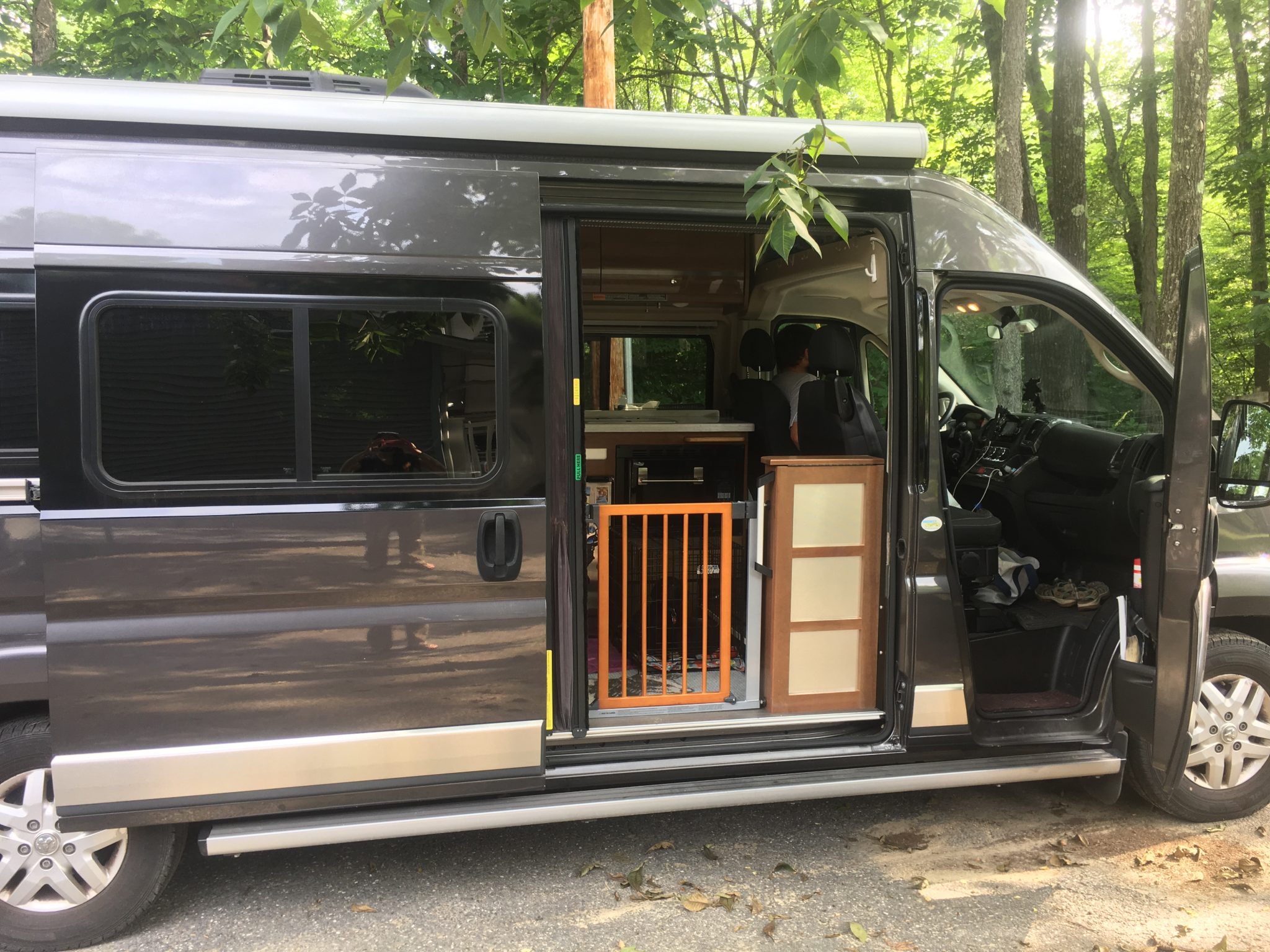 I have the Travato loaded, and we’re ready to hit the road. 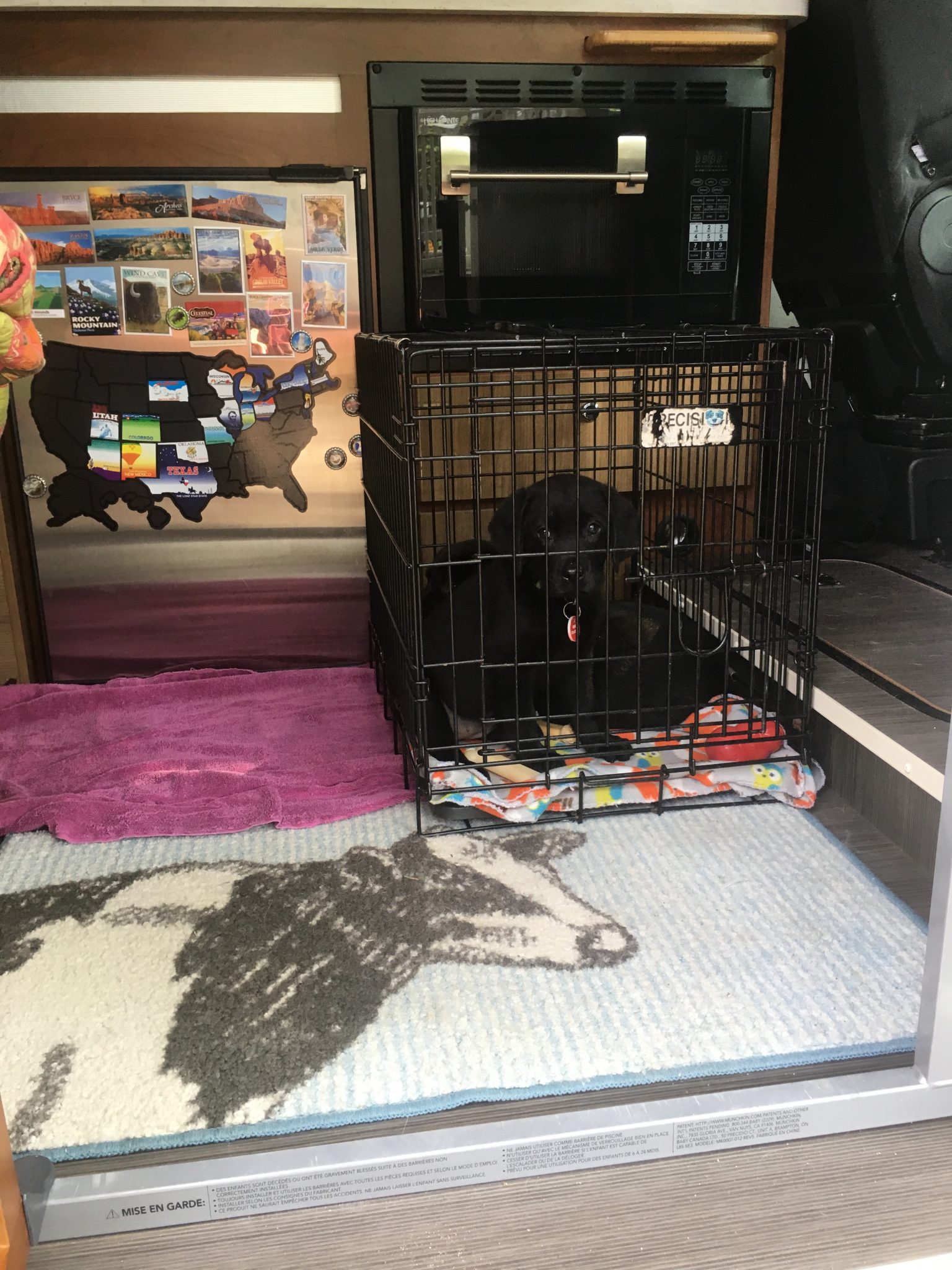 The Travato was a comfortable way to travel. 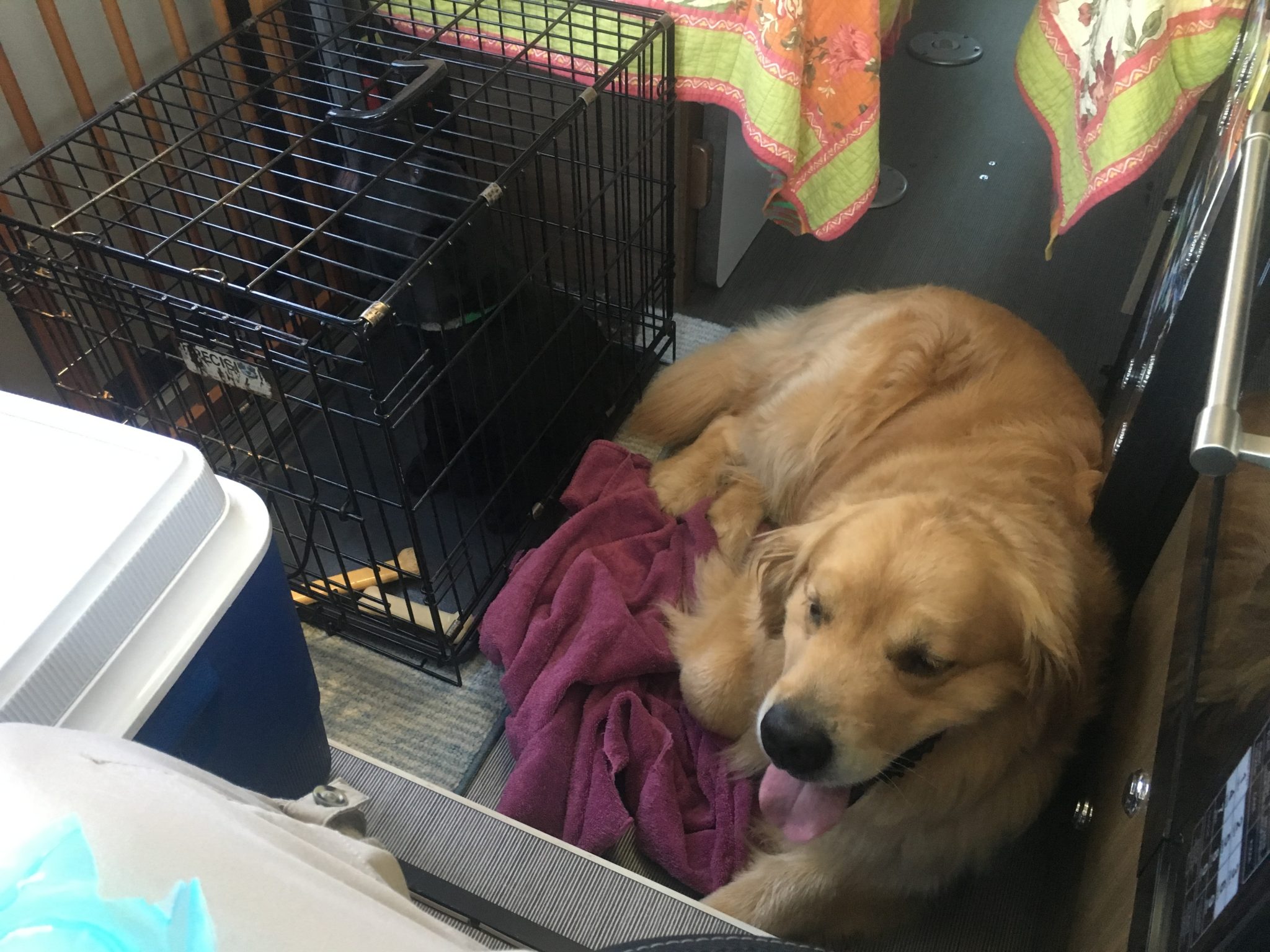 The ECAD stud settled in for his ride to CT.