Parker and Service Dog for a Child Evers

As is typical of many children with autism, 8-year-old Parker had problems making friends, had bad reactions when upset, and had difficulty following directions. His parents were always looking for ways to help him, and they realized that a Service Dog might be an effective tool.

Parker was matched with Evers in early 2019, and he and both parents came to NEADS for training. “The whole experience, from our stay in the client house to the training portion, was just exceptional,” says Parker’s father, Dave. “NEADS really helped to ease our concerns and give us the right tools and mindset for taking care of Evers.”

Evers easily integrated into the family (Parker has two siblings and a pet dog) from the day she got home, but she knows she’s there for Parker. Since Evers’ arrival, the family has seen many changes in Parker. He used to resist going to the grocery store or Target, but with Evers along, he’s much more willing to go. When Parker starts to show signs of an emotional breakdown, Evers rests her head on his lap, diffusing a situation that used to easily escalate.

“I didn’t expect that having a Service Dog would have such an impact on Parker and for it to be as useful as it is. I didn’t foresee how it would make him more responsible. He used to only think about himself, but with Evers, he’s now thinking about how he needs to take her out, get her fed, and exercise and play with her,” says Dave. “Evers is helping Parker open up to other people, because when we’re out in public, people want to meet her and talk about her. It was heartwarming to attend back-to-school night and see Parker talking about his project to strangers. I know part of this is because he’s growing up, but I don’t think we would have seen so many changes without Evers. 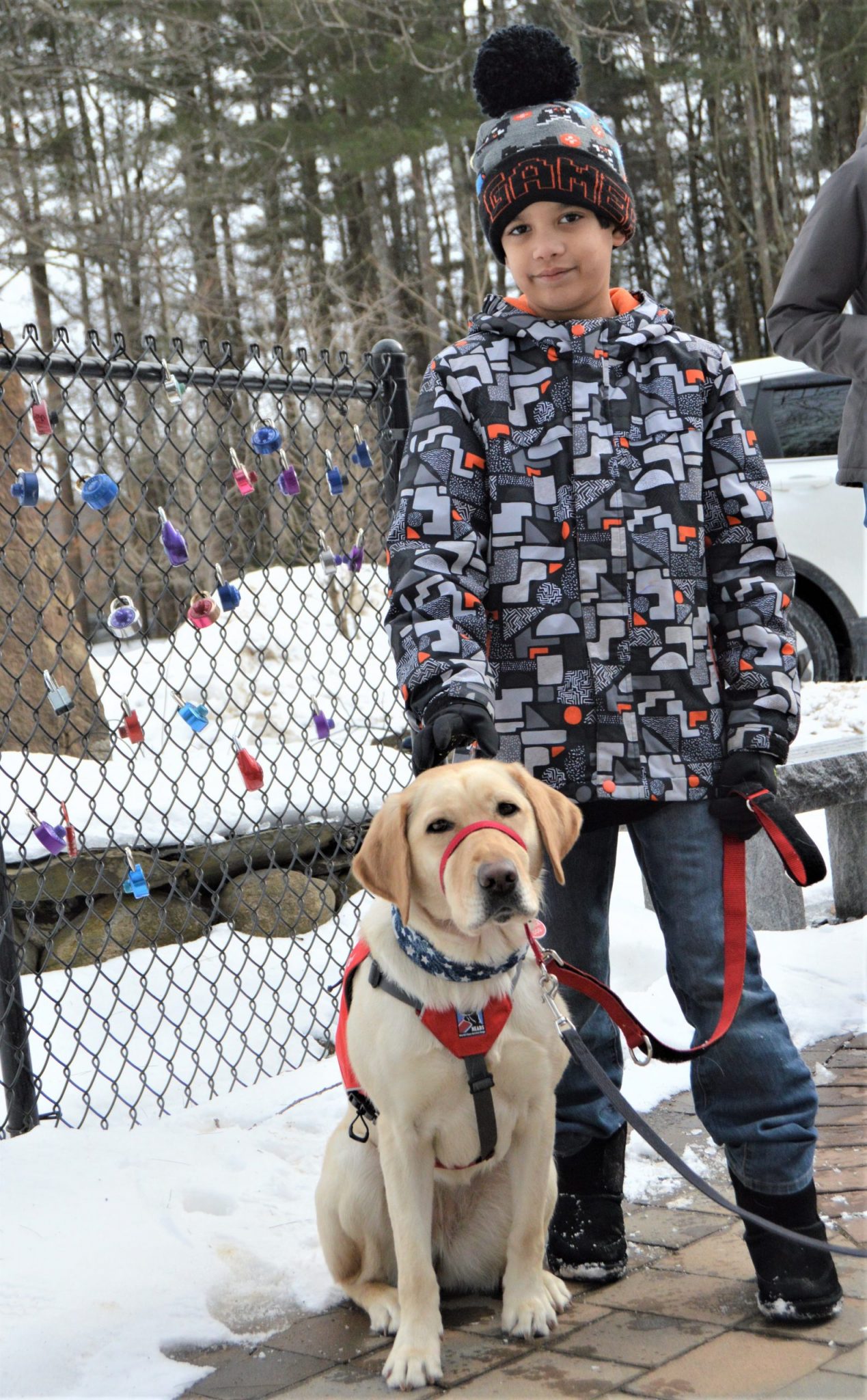