I had been considering applying for a Service Dog but one day, about 12 years ago, it became very evident that I shouldn’t put it off. While I was asleep (I take my hearing aids out at night), my daughter knocked on the door, rang the doorbell, and let herself into my house. Then she walked up the stairs calling my name and entered my bedroom. I did not wake up until she was standing over my bed looking down at me.

I realized that other parts of my life were being compromised by my hearing loss. I missed phone calls. I would not hear people entering my office until they stood in front of me at my desk. As a full-time professor at Quinsigamond Community College, I would share my hearing limitations with my students, but they quickly forgot because a hearing loss is “a hidden disability.” Soon, I would hear complaints from students that I didn’t answer their questions, that I never called on them, or that I walked away. I was labeled “stuck-up.”

When I was matched with my first NEADS Dog, Shadow, my life changed. He informed me whenever someone came to the door or entered my office. When they saw me with Shadow, my students remembered that I had a hearing loss, and I was no longer stuck-up. I didn’t miss phone calls and, since Shadow would identify the ring and take me to where I left my phone, I never lost my phone. Shadow and the students played a game with me in the classroom. When I turned my back to write on the blackboard, one of the students would say my name. Shadow was trained to run to me and touch me on the back then run back to the student who had called my name. He never failed to identify the right student.

I was spoiled by the independence Shadow gave me, so when he began to show signs of aging, I knew it was time to apply to NEADS for a second dog. The day I met Scout, the sun began to shine brightly again. She knows all of her commands and performs them with 100% perfection. She is obedient and almost inconspicuous in public. She accompanies me to work, when I volunteer, and when I visit with friends; we are an inseparable team. She gives me confidence and bravery in many situations.

Scout has helped me make friends and meet so many people I wouldn’t ordinarily talk to. Because of my hearing loss, I hesitate to socialize for fear I won’t hear the conversation. But with Scout, the conversations are relaxed and comfortable. I can easily answer the questions people are always asking: What type of dog is she…Where does she comes from…How was she trained…What does she do for me…

I wake up every day so grateful to have a Service Dog at my side, so grateful for the independence and connection Shadow and Scout have allowed me. 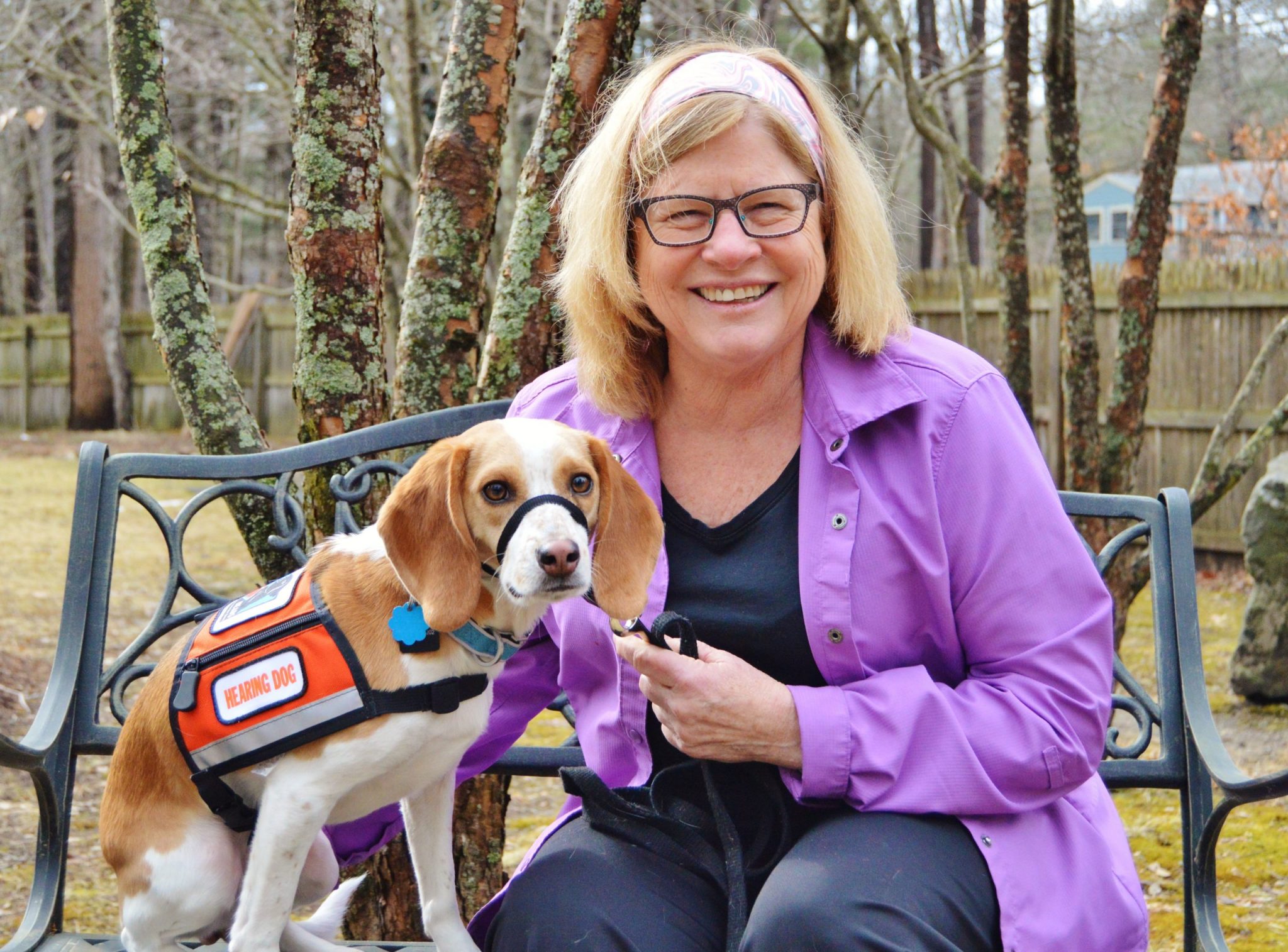