Dr. Daniel Rice III was a volunteer at NEADS for almost 11 years. He started off as a kennel volunteer, after his retirement from his 40-year career as a veterinarian in Holden, MA. He passed away on August 23rd, at the age of 86. NEADS staff contributed the following remembrances of Dr. Rice.

Dr. Dan, as he was affectionately known, originally spent two mornings a week at NEADS, squeegeeing runs, walking dogs, and monitoring play yards. He would attend to minor veterinary needs for the dogs while he was here, and even conducted OFA clinics several times a month, bringing dogs to Central Animal Hospital to use their x-ray machine before they opened for the day. As NEADS evolved and Dan settled more into retirement, he dropped down to once a week.

Dr. Dan was an avid horseman, and one half of a Morgan horse world ‘’power couple”, with his wife of over 60 years, Carol Ramsey-Rice. They were inducted into the Morgan Horse Association Hall of Fame in 2015 and raised over 30 Morgans, many of them nationally ranked horses in carriage driving, in hand, and under saddle. Dan and Carol were also very involved in sled dog raising and training for many years. In addition, Dan enjoyed sailing, hiking, gardening, competitive trail riding, his pets, and his many friends, neighbors, and co-workers.

Dr. Dan would often be found sitting in my chair at 8:59, waiting for me to show up at 9, to do medical rounds. By that time, he had already been to the gym to work out with his trainer, gone for a walk on the rail trail, and put in an hour of kennel work. When he left NEADS for the day, it was often to go home and ride his horse or work in the vegetable garden. He was as generous with his vegetables as he was with his time and his friendship. His focus was always on the health and welfare of the dogs, even to the point of going into Gerry’s office and offering suggestions. – Sharon Concannon, NEADS Veterinary Coordinator

Dr. Dan came to the Early Learning Center on Monday mornings to help with any medical needs the puppies had – entrance exams, vaccinations, and whatever else popped up. I enjoyed spending this time with Dr. Dan – we shared passions of gardening and horseback riding, and it was always nice to swap stories. I can only hope to ride horses for as long as Dr. Dan did! Dr. Dan gave an invaluable amount of veterinary care to NEADS – he truly will be missed. – Kate Albertini, NEADS Breeding & Puppy Development Coordinator

I have worked with Dr. Rice since he first joined NEADS years ago. From working in the kennel, to getting dogs to the vet for x-rays, he was always so helpful and informative and a fun man to work with. Since I’ve taken an administrative role here, he has sought me out, on the days that he works, to share his news and plans for the week. He was always positive and was a joy to work with. He’s been a great friend to me, and I’m already missing his presence in my life. – Pam Murray, NEADS Puppy Program Administrator

I will remember Dr. Rice for his ready smile, compassion, and no nonsense down to earth approach to life! – Doreen Sheridan, Supervisor of Foundation Relations

I will always remember how humble Dr. Dan was. Here was a mature veterinarian with many years of his own practice who was glad to clean and work in the kennel and do play yards with the dogs. He, of course, gave us his services as a veterinarian too but never indicated that he felt the animal care in the kennel was not just as important and worthy of his time here. – Kathy Foreman, Director of Training 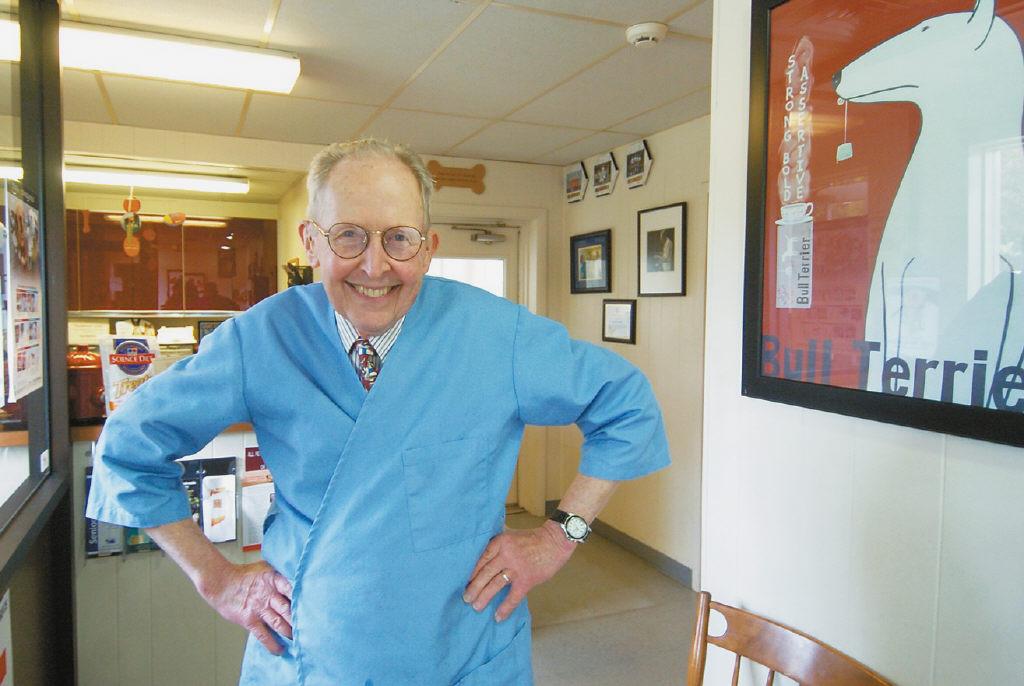