Tamela and Assistance Dog for the Courthouse Salem

Tamela is the Victim Witness Coordinator for Bannock County, Idaho, handling all cases that involve a victim (sexual assault, stabbing, aggravated battery). She was matched with Salem in 2018. Salem accompanies her to work every day, working in nine courtrooms, in forensic interviews, and wherever else he’s needed.

“I can only do so much for a victim,” says Tamela. “I can’t go on the stand and hold their hand. I can only empathize and listen to their story. I felt that a Courthouse Dog could assist me when working with certain victims, but at the time I applied to NEADS, I had no idea just how big an impact it would have. I can tell you hundreds of stories, but here are some that stand out:

An officer testifying in a difficult case requested Salem be with him at court. Salem sat with him in the hallway with his head on his lap before he testified and was waiting in the hallway after he finished.

A 16-year-old boy who had been molested several years earlier shut down as memories of the trauma came back during mediation. After spending half an hour with Salem, he was able to leave the courthouse in a positive frame of mind.

A victim who was severely beaten and too emotional to testify calmed down and was able to tell her story as she was petting Salem.A 3-year-old victim learned that Salem could “tell me a secret,” and soon was able to tell Salem a secret, too.

A boy put his head in Salem’s fur and was able to finally let down his guard, hiding his tears in Salem’s coat during a victim interview.

Adds Zachary G. Parris, Chief Deputy Attorney, “I’ve been prosecuting these cases for years, and the difference between how we interact with child and adult victims with and without Salem is like night and day. I remember one case where a young woman who had been raped testified for 1 ½ hours at a preliminary hearing with the defendant seated just feet away. She could only get through it because Salem was there with her on the floor of the witness stand.”

“Salem and I have the full support of the courthouse and the community,” says Tamela. “Court marshals, prosecutors, judges, clerks, and courthouse staff all seek him out. He’s a local hero who has been on TV several times, including the day we got off the plane after our training at NEADS.

“Whether he’s on the witness stand or walking in the halls, Salem changes the way people are thinking. He is a friend to everyone in one way or another. Kids, adults, it doesn’t matter – he speaks a universal language that puts people at ease.” 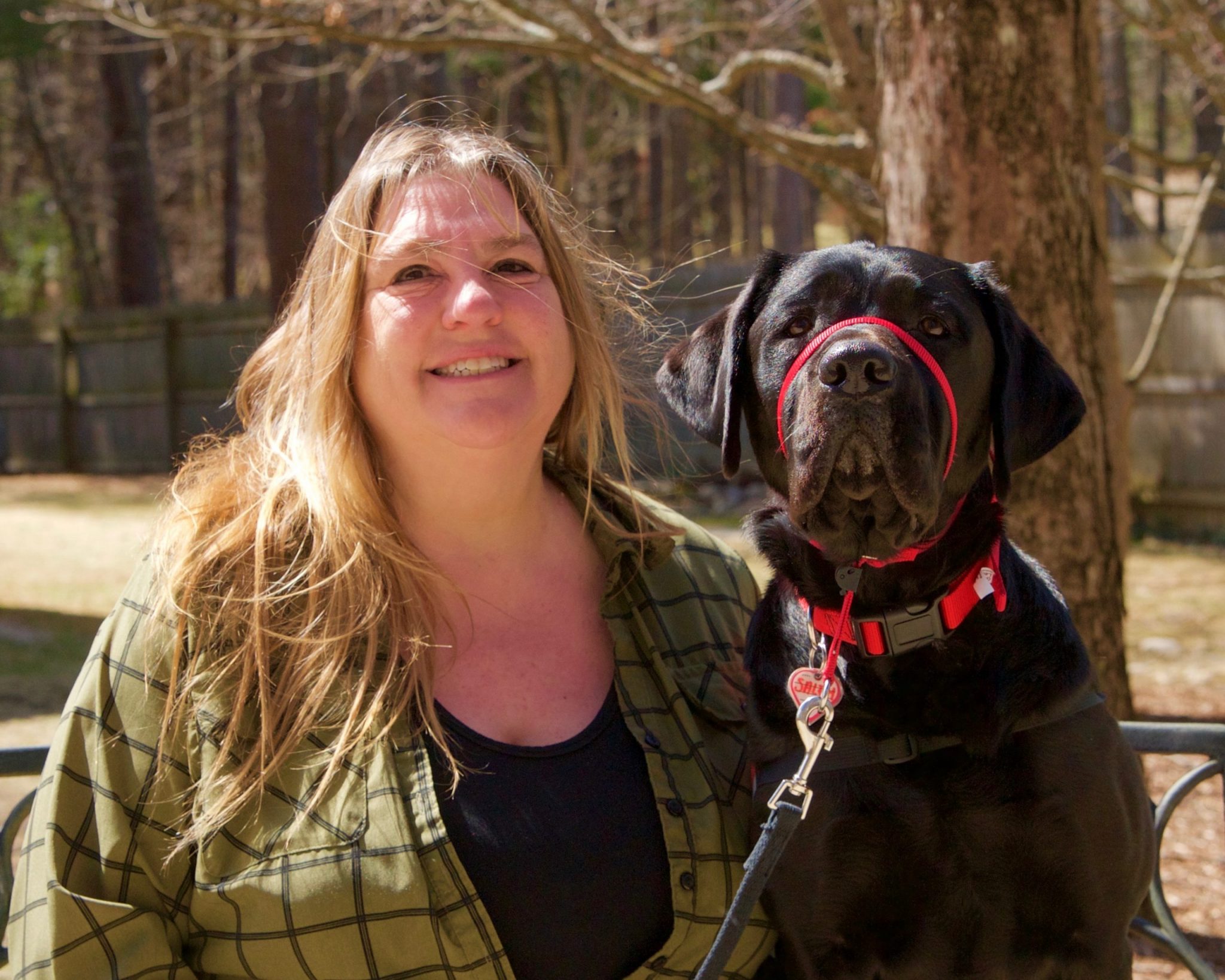