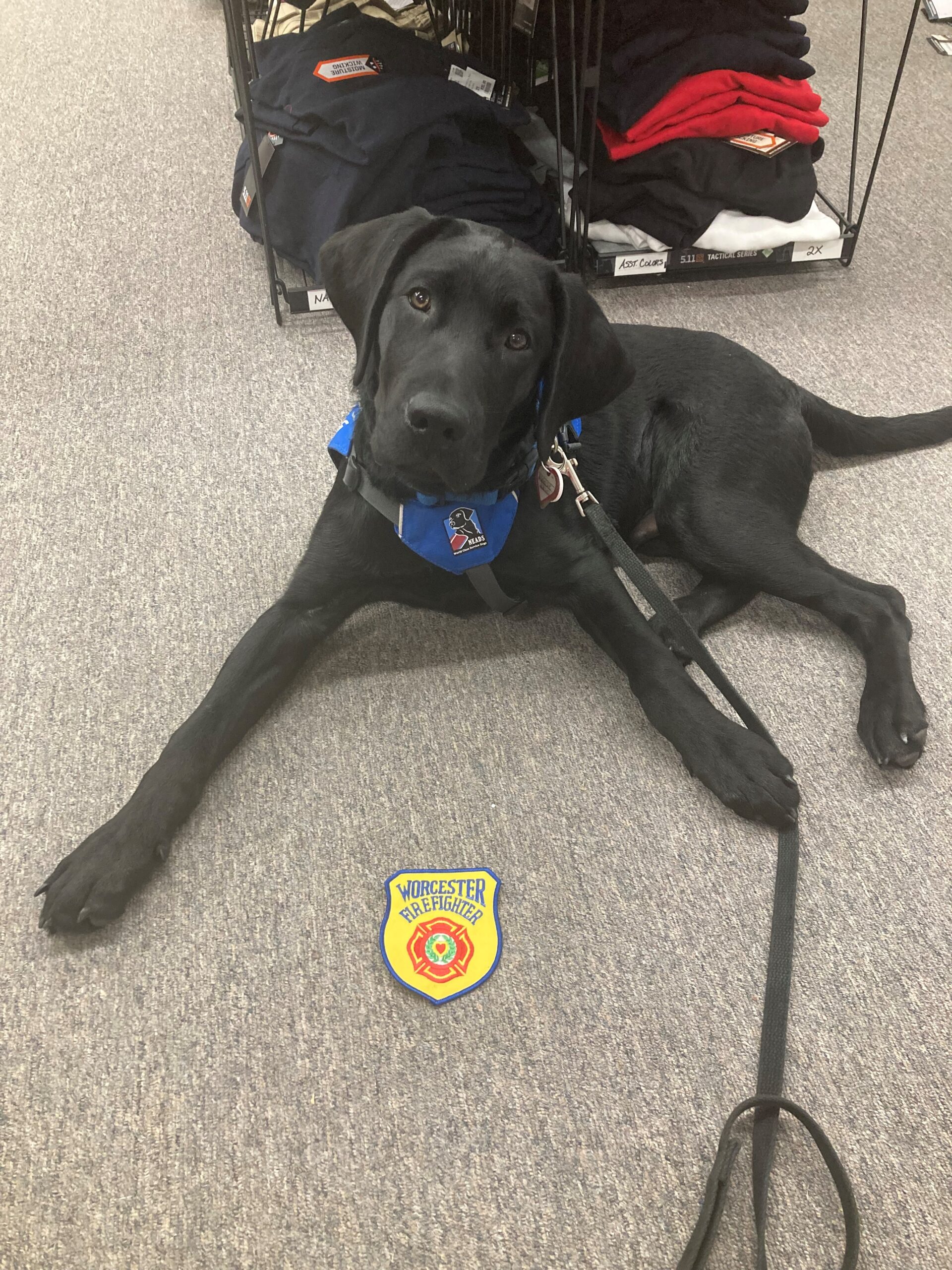 Service Dog in Training Moose, born 5/16/22, was named by the Worcester Fire Department.

Over the last 11 years, the Worcester Fire Department (WFD) has named 17 puppies through charitable donations to their annual Worcester Firefighters 6K (WFD6K), which began in 2000 following the December 1999 Cold Storage Fire where six firefighters were lost. In addition to supporting our Name a Puppy program, the WFD sponsored the Tweed Litter in 2019. Tweed gave birth to 10 puppies on December 28.

The most recent pup, Service Dog in Training Moose, is currently in our Prison PUP Program and training at Northeastern Correctional Facility in Concord, MA. Moose was named in honor/memory of a Worcester firefighter who died in the line of duty.

11 puppies named by the Worcester Fire Department – Blaze, Rescue, Maurice, Ed, Luke, Cliff, Nikki, Gilbert, Gianna, Windy, and Franklin – have served or are currently serving as Service Dogs, Service Dogs for Hearing, Assistance Dogs for the Classroom, a Service Dog for a Child with autism or other developmental disabilities, and an Assistance Dog for the Courthouse. Five of the puppies the WFD named were released from the program.

The WFD6K focuses on the community and bringing the city of Worcester and surrounding towns together to celebrate the spirit of the day. NEADS is proud to be one of the local charities that the WFD has chosen to support through this fundraiser. 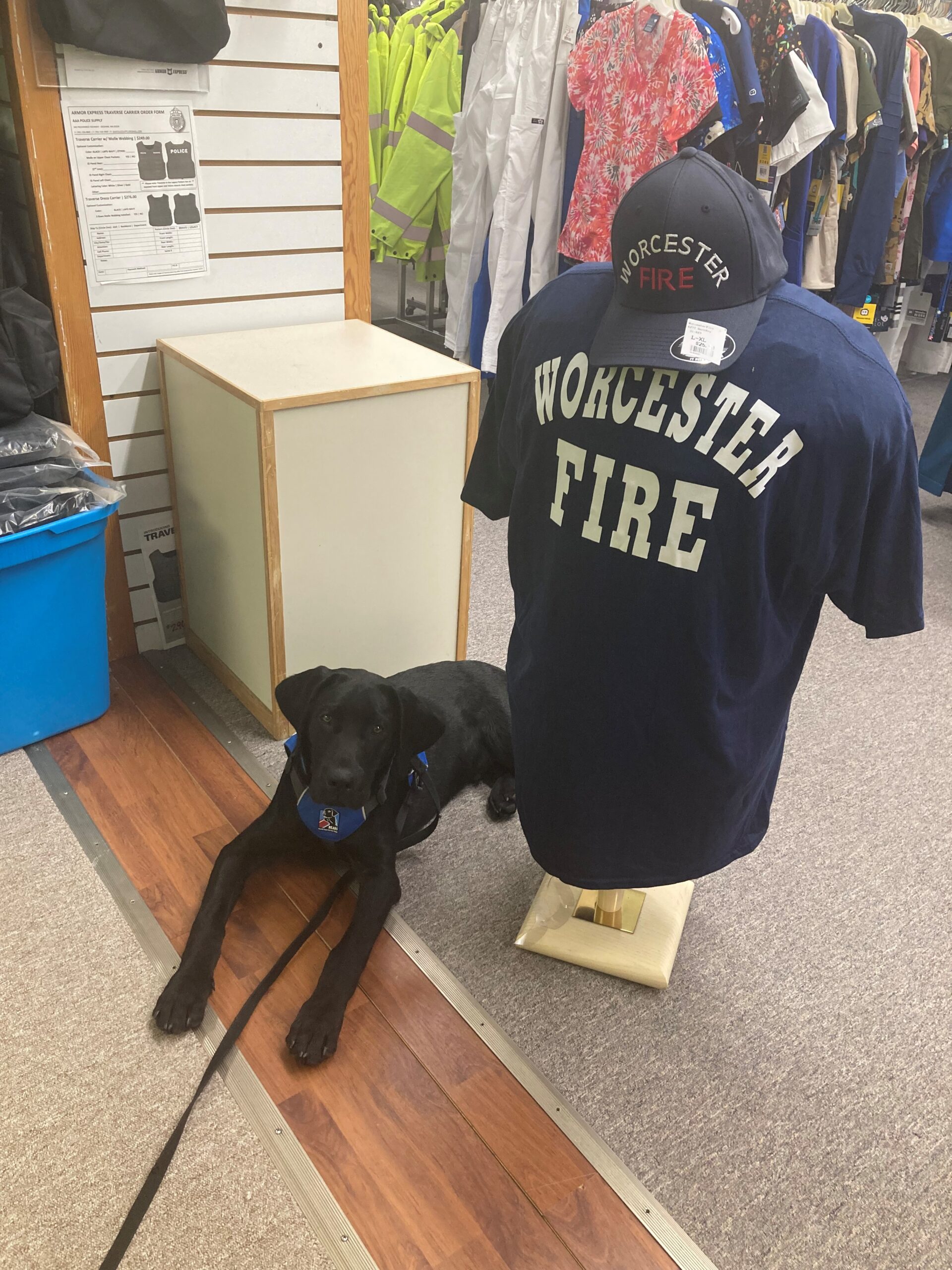