NEADS in the News

Check out our featured stories below, or view our archives by clicking any of the years listed to the right.
If you would like to write or film a story about NEADS, please contact us. 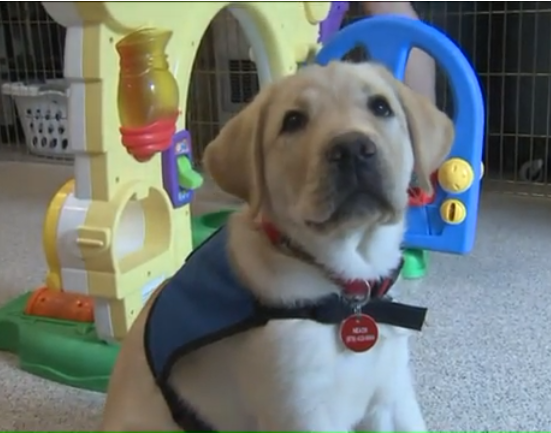 NEADS is featured front and center in this two-part story on Fox61 in CT which aired on November 14, 2019.

There’s nothing 11-year-old Derek Blake loves more than legos, except for his pal Jean who loves nothing more than being by his side.

Jean is a service dog, matched with Derek, thanks to NEADS. The New England-based non-profit that trains service dogs to help the physically disabled, deaf, and children like Derek who have autism.

“I don’t know how to explain it; he is just calmer, more settled, and more confident around her. It has just been a wonderful impact,” says Derek’s mom, Jen.

“It makes it is less chaotic for us,” says Derek’s dad Tom. “It is part of the routine because [Derek] has Jean to take care of, so it keeps him focused on her, which then keeps him doing what he needs to do throughout the day.”

Jean’s nearly two years of training with NEADS allows her to help Derek when he’s frustrated or upset, keep him focused – and interacting positively with others.